MEDINA, Ohio (WEWS) — A Medina High School social studies teacher has been arrested on two federal charges after allegedly sending and receiving child pornography, and engaging in online chats with an FBI officer pertaining to sex acts with a 14-year-old girl, according to court documents and district communications. 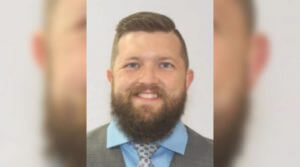 Kevin Hedrick, 37, has been on paid administrative leave from the school since October due to the FBI investigation, according to a letter from Medina City Schools Superintendent Aaron Sable that was sent to parents on Monday. The district just received word that Hedrick was arrested on two federal charges: receipt of visual depictions of minors engaged in sexually explicit conduct; and enticing, or coercing any individual who has not attained the age of 18 years, to engage in prostitution or any sexual activity for which any person can be charged with a criminal offense, or attempting to do so.

The district said they expect a formal resignation from Hedrick, and if they don’t, they will “take the appropriate action to move toward termination.”

According to court documents, in October of 2022, an FBI Task Force Officer acting in an undercover capacity and posing as an Ohio mother with two underage daughters was engaged by Hedrick in a conversation on the Kik social media platform, during which he expressed desire to engage in sex acts with the fictitious teenage daughter.

The FBI linked the Kik account to Hedrick through his IP address and mobile phone number, according to FBI’s affidavit. After serving a federal search warrant on Kik, the FBI found hundreds of images and video of child pornography sent to and from Hedrick’s Kik account.

The affidavit states that during an interview with the FBI on Oct. 26, Hedrick admitted to the sexual conversations he had with the undercover agent, but qualified them only as “descriptive fantasies.”

“Hedrick was evasive when directly questioned about child pornography, specifically about why he would stay and participate in these rooms if he knew or believed illegal content was being discussed or shared,” the court document states.

Based on the FBI’s investigation, Hedrick was criminally charged.

“We understand charges of this nature are distressing especially in a school environment involving an educator,” the district superintendent said in the letter to parents. “We are relieved to know this situation did not directly impact current Medina City School District students or staff. We are thankful for the diligence and collaboration of the FBI, local police and district administration to ensure our students and staff remain safe from predators.”

This story was originally published Jan. 9, 2023 by WEWS in Cleveland, an E.W. Scripps Company.