BOISE, Idaho (KIVI) — An Idaho State University football coach has been arrested in connection with a murder in Arizona.

Davonte Neal was arrested in Pocatello, Idaho after detectives in Maricopa County, Arizona requested assistance servicing a warrant issued May 16, 2022. The warrant for an incident from 2017 was for first degree murder, drive-by shooting and discharge of a firearm at a structure, according to a news release from Pocatello Police Department. 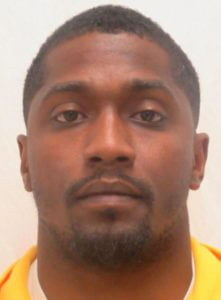 Neal was arrested May 25 by Pocatello officers for being a fugitive from justice and was taken to Bannock County Jail, where he waits for extradition to Maricopa County, Arizona, according to police.

Neal was hired as part of the Bengals coaching staff in January as the cornerback coach. He played at Notre Dame from 2012-13 and University of Arizona from 2014-16.

He is no longer listed on the Idaho State football coaching page. According to a news release from ISU, obtained by East Idaho News, Neal was placed on leave and the university has started the process to terminate his contract.

“Idaho State takes all allegations involving our employees very seriously, and we are committed to the safety and well-being of our community,” ISU President Kevin Satterlee said in the release. “We are fully cooperating with law enforcement on their investigation.”

This story was originally published June 2, 2022 by KIVI in Boise, an E.W. Scripps Company.