HONOLULU (AP) — Bobby Edward Fort was 27 when he enlisted in the Coast Guard in 1994 and retired 22 years later with a secret security clearance that allowed him to land a job in Honolulu as a defense contractor.

But in reality, Bobby Fort was long dead. He was just short of 3 months old when he choked and died in a Texas hospital in 1967. 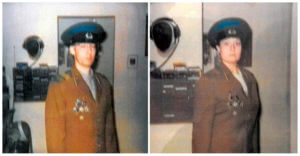 This combination of undated photos provided by the United States District Court District of Hawaii shows Walter Glenn Primose, left, also known as Bobby Edward Fort, and his wife Gwynn Darle Morrison, also known as Julie Lyn Montague, purportedly in KGB, the former Russian spy agency, uniforms. Primose, a U.S. defense contractor, and Morrison, who lived for decades under the identities of two dead Texas children, have been charged with identity theft and conspiring against the government, according to federal court records unsealed in Honolulu. The couple were arrested Friday, July 22, 2022, in Kapolei on the island of Oahu. (United States District Court District of Hawaii via AP)

The Bobby Fort who enlisted in the Coast Guard had stolen the dead baby’s identity 35 years ago. A false birth certificate helped him get five passports, drivers’ licenses and Department of Defense credentials.

The fraud was uncovered last week. On Thursday, the man authorities said had posed as Fort was before a judge, who asked him to state his name: “Walter Glenn Primrose,” the 66-year-old said.

Primrose was ordered held without bail by a U.S. District Court judge after a prosecutor provided new details about how he and his wife had been fraudulently living for decades under the stolen identities of two dead Texas infants.

While the hearing further deepened the mystery of why the couple shed their past, it provided little clarity about whether the case against them goes beyond stolen identity, though a prosecutor suggested it could have ties overseas.

“We think the defendant is obviously quite adept at impersonating other people, obtaining government ID documents, fraud, avoiding detection,” Assistant U.S. Attorney Wayne Myers said. “He may — we’re not saying for sure — but he may have some troubling foreign connections. And if he does, he might be able to use those to enlist help.”

A search of the couple’s Hawaii home turned up faded Polaroids of the two wearing jackets that appear to be authentic Russian KGB uniforms, Myers said. An expert determined the snapshots were taken in the 1980s.

When the couple were left in a room together, they were recorded saying “things consistent with espionage,” Myers said.

Federal defender Craig Jerome said the government only provided “speculation and innuendo” that the couple was involved in something more nefarious than “purely white-collar nonviolent offenses.”

“If it wasn’t for the speculation that the government’s injected into these proceedings without providing any real evidence … he would certainly be released,” Jerome said.

Prosecutors feared Primrose would flee if freed. They noted in court papers that he was an avionics electrical technician in the Coast Guard and was highly skilled to communicate secretly if released.

U.S. Magistrate Judge Rom Trader said he based his detention order on the alleged fraud “over multiple occasions spanning a long period of time.”

Her lawyer said the couple — regardless of the names they used — had lived law-abiding lives. Attorney Megan Kau told The Associated Press the couple posed for photos in the purported KGB jacket for fun.

“She wants everyone to know she’s not a spy,” Kau said. “This has all been blown way out of proportion. It’s government overreaching.”

The couple’s story begins in Texas, where Primrose and Gwynn Darle Morrison went to high school and college together and married in 1980, according to court documents. 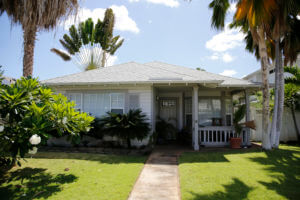 The home where U.S. defense contractor Walter Glenn Primrose and his wife, Gwynn Darlle Morrison, lived for years allegedly under aliases is pictured, Wednesday, July 27, 2022, in Kapolei, Hawaii. They have been charged with identity theft and conspiring against the government after prosecutors allege they stole the identities of dead Texas children decades ago. (AP Photo/Caleb Jones)

In the early 1980s, they told family they were going into the witness protection program before abruptly abandoning their house and leaving Texas, Myers said. They handed over the keys to their Nacogdoches home and told family members to take anything they wanted. The house was later foreclosed on.

When they reemerged they had new names and different explanations of what happened.

“The defendant and his wife reportedly told yet other associates that they needed to change their names because of legal and financial reasons,” Myers said. “And that going forward they can be contacted using their new names, Fort and Montague.”

At some point, Primrose told someone he was a government agent and couldn’t share photos of himself.

The couple remarried under their assumed names in 1988, according to court records.

Primrose had a longstanding interest in espionage, Myers said. His wife had anti-government and anti-military sentiments and was said by an associate to live in Romania when it was part of the communist bloc.

Kau denied that Morrison ever lived in Romania.

The couple, who were arrested Friday at their Kapolei home, are charged with conspiracy to commit an offense against the U.S., false statement in passport application and aggravated identity theft. They face up to 17 years in prison if convicted of all charges.

Inside their house, investigators discovered correspondence in which an associate believed Primrose had joined the CIA or had become a terrorist, Myers said.

Morrison used her real name to open a post office box, where she told family to contact her. When her father died, her family couldn’t reach her and enlisted local law enforcement to track her down.

“Even the defendant’s family cannot find him when they need to,” Myers said. 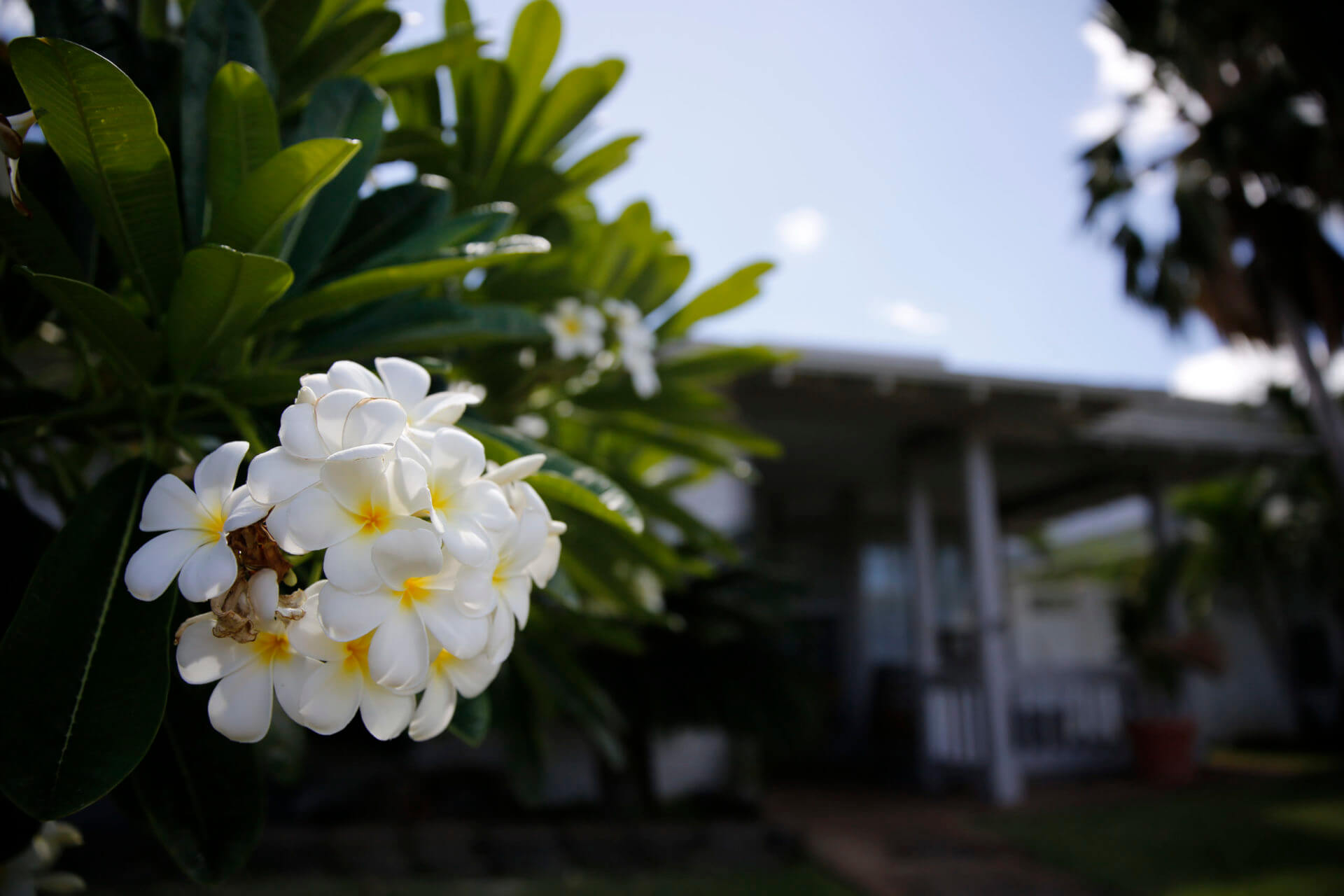 The home where U.S. defense contractor Walter Glenn Primrose and his wife, Gwynn Darlle Morrison, lived for years allegedly under aliases is pictured, Wednesday, July 27, 2022, in Kapolei, Hawaii. They have been charged with identity theft and conspiring against the government after prosecutors allege they stole the identities of dead Texas children decades ago. (AP Photo/Caleb Jones)
MORE NEWS