CUMBERLAND, Va. (AP) — A federal judge on Tuesday approved a plan that calls for transferring about 4,000 dogs currently housed at a troubled Virginia breeding facility to shelters where they can be adopted, according to court records.

The development came in a civil enforcement case the federal government initiated in May against Envigo RMS, which owns and operates the facility in Cumberland that breeds beagles for medical research. 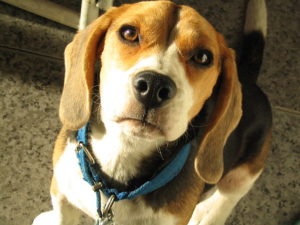 File photo of a beagle.

After federal officials accused the company of a series of animal welfare violations, U.S. District Court Judge Norman Moon issued a restraining order imposing a series of restrictions on the facility. In June, company officials announced plans to close it.

On Friday, Envigo and the government jointly filed a transfer plan that called for the removal of “all” of the facility’s beagles by the Humane Society of the United States, which will transport the dogs to shelters where they can be adopted.

According to court documents, Envigo will cover a monetary fee for each dog to help defray the costs to the shelters of preparing the beagles for adoption.

Court records show Moon issued an oral order approving the transfer plan Tuesday. The removal process is expected to take about 60 days, according to the draft plan.

Hundreds of dogs determined to be in “acute distress” had already been seized from the facility.

People for the Ethical Treatment of Animals, the Norfolk-based animal rights group that had investigated the facility, celebrated Tuesday’s development.

“Envigo’s surviving victims will soon be given the opportunity to have what every dog deserves — the freedom to enjoy life, love, and respect for their individuality as members of a family home,” PETA Senior Vice President of Cruelty Investigations Daphna Nachminovitch said in a statement.