FLINT, Mich. (AP) — Prosecutors in the Flint water investigation must stop using certain documents seized from state offices until an independent team reviews them for any violation of attorney-client privilege.

Genesee County Judge Elizabeth Kelly on Friday turned down a request to reconsider and change her Nov. 19 order against the attorney general’s office. 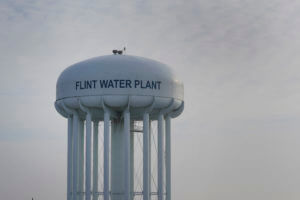 The dispute over documents has been a key issue since nine people, including former Gov. Rick Snyder, were charged a year ago with crimes related to lead-tainted water in Flint and Legionnaires’ disease.

State investigators armed with search warrants were accused of sweeping up documents that included confidential communications between lawyers and Snyder administration officials who were being sued in separate proceedings for alleged acts in Flint.

Prosecutors in the attorney general’s office were warned by other lawyers in the office that they likely had acquired records protected by attorney-client privilege.

Snyder, who was governor until 2019, is charged with failing to timely declare an emergency in Flint, which used the Flint River for drinking water in 2014-15 without properly treating it to reduce corrosion. Lead in old pipes contaminated the system over 18 months.
Lyon is blamed for fatal cases of Legionnaires’ disease and charged with involuntary manslaughter. All have pleaded not guilty.