LOUISVILLE, Ky. (AP) — A federal judge on Tuesday threw out multimillion-dollar defamation lawsuits against five media companies brought by a Kentucky student involved in a 2019 widely viewed encounter with a Native American man at the Lincoln Memorial in Washington.

Nicholas Sandmann, then a 16-year-old student at Covington Catholic High School, sued several media companies, alleging they defamed him in their reporting of the incident. The lawsuits sought tens of millions of dollars in damages. 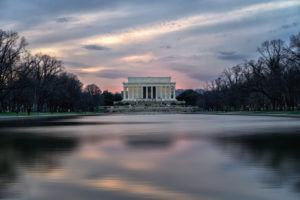 The actions of Sandmann and his classmates were intensely debated online after video and photographs emerged of them wearing “Make America Great Again” hats near a Native American man, Nathan Phillips, playing a drum.

Phillips accused Sandmann in media reports of blocking his way as Phillips moved through the crowd. Sandmann argued in the lawsuits that Phillips’ statement was defamatory.

But “Phillips’s statements that Sandmann “blocked” him and “wouldn’t allow (him) to retreat” are objectively unverifiable and thus unactionable opinions,” U.S. District Judge William O. Bertelsman wrote in a ruling filed Tuesday.

Sandmann’s attorney, Todd McMurtry, said Wednesday that he is disappointed in the ruling and plans to appeal.

Sandmann, who was standing with dozens of his classmates on the steps of the Lincoln Memorial, argued in the lawsuit against the New York Times that the newspaper’s reporting conveyed “the false and defamatory gist that Nicholas was the face of an unruly hate mob …”

Both Sandmann and Phillips have said they were trying to defuse tensions rising among various groups on a day when Washington hosted both the Indigenous Peoples March and the anti-abortion March for Life, which was attended by the Covington students. Video of the encounter showed Sandmann and Phillips standing close to each other, with Sandmann staring and at times smiling at Phillips as he sang and played a drum.

Sandmann reached undisclosed settlements with CNN and The Washington Post in 2020 and NBC News in 2021 over their coverage of the incident.