TULSA, Okla. (KJRH) — David Ware arrived in court Monday morning for the beginning of jury selection in his murder trial.

Ware is accused of killing one Tulsa police officer and injuring another in a shooting during a June 2020 traffic stop. 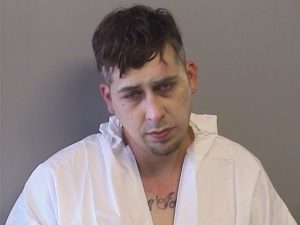 He’s charged with First-Degree Murder and Shooting With Intent to Kill, and Tulsa County District Attorney Steve Kunzweiler is seeking the death penalty in this case. Ware’s attorney Kevin Adams says his client acted in self-defense.

Tulsa County District Judge Bill LaFortune will preside over the proceedings as 200 potential jurors could be seen — 100 on Monday and 100 next Monday if needed. Potential jurors fill out a 16-page questionnaire and will be asked questions like following the law when it comes to the death penalty, are they willing to consider the death penalty, and if their family has donated to a fund for either officer who was shot.

The potential jurors will be narrowed down to 12 with three alternates in a process that could take about two weeks at most.

This story was originally published April 4, by KJRH in Oklahoma, an E.W. Scripps Company.