MILWAUKEE (WTMJ-TV) — A new jury has been selected and opening statements begin Wednesday in the trial of a man accused of shooting and killing a Milwaukee immigration attorney.

On Tuesday, several potential jurors were accidentally shown on the courtroom’s live video feed which can be viewed by the public.

Theodore Edgecomb’s defense then asked the presiding judge to dismiss the entire jury pool of 50 Milwaukee County residents. The request was granted out of an abundance of caution after the judge learned several potential jurors were shown on the court’s livestream. Jurors have a constitutional right to remain anonymous.

Edgecomb is the defendant in the case and is accused of killing Jason Cleereman in September of 2020 near Holton and Brady Street.

The judge called it an awful and despicable situation after hearing screenshots of potential jurors were posted on social media. The judge ultimately called for brand new pool jurors. On Wednesday, the jury was selected from a new pool of jurors. 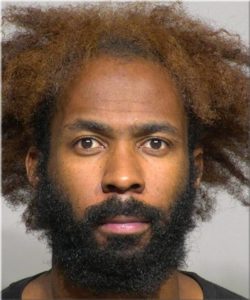 Media were not allowed to rebroadcast the court’s live feed of jury selection. Therefore, WTMJ-TV and Court TV are unable to show you any of the events that took place in court related to this case on Tuesday.

Before jury selection began, Edgecomb pleaded guilty to two counts of felony bail jumping and misdemeanor bail jumping which stemmed from two unrelated cases. That leaves one count of first degree intentional homicide for jurors to decide on at trial.

A criminal complaint alleges Edgecomb got in a verbal altercation with Cleereman and his wife near Brady Street. Edgecomb allegedly punched the immigration attorney and then took off on his bike.

Surveillance video provided by Edgecomb’s defense shows Cleereman pull up behind Edgecomb and chase after him. Prosecutors say Edgecomb shot and killed Cleereman. Edgecomb plans to claim self defense at trial.

This story was originally published Jan. 19, by WTMJ-TV in Milwaukee, an E.W. Scripps Company.