ANNAPOLIS, Md. (AP) — Jury selection is set to begin Wednesday for the second part of a trial in the case of a man who killed five people at a Maryland newspaper in 2018.

Jarrod Ramos pleaded guilty to all 23 counts against him in 2019, but he has pleaded not criminally responsible due to his mental health.

After delays in a case that will be three years old next week, an initial pool of 300 potential jurors was chosen for consideration to fill 12 seats on the jury and several alternates. About 50 of them have already been dismissed, based on their responses to a questionnaire. The case is taking place in Anne Arundel County Circuit Court in Maryland’s small state capital of Annapolis. 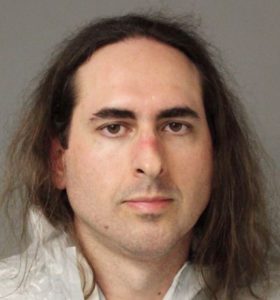 FILE – This June 28, 2018, file photo provided by the Anne Arundel Police shows Jarrod Ramos in Annapolis, Md. Jury selection is set to begin Wednesday, June 23, 2021, for the second part of a trial in the case of Ramos, who killed five people at a Maryland newspaper in 2018. (Anne Arundel Police)

Judge Michael Wachs is scheduled to call about 50 potential jurors in the morning and 50 in the afternoon each day this week until a jury is empaneled.

Ross Suter, senior vice president of litigation solutions for Magna Legal Services, described it as a unique case during a pandemic, creating challenges choosing a jury in a high-profile case in a small community.

“They’re really going to be looking for people that are impartial, that are reasonable — that are going to be able to listen and make up their minds,” Suter said.

Under Maryland’s insanity defense law, a defendant has the burden to show by a preponderance of the evidence that he is not criminally responsible for his actions. State law says a defendant is not criminally responsible for criminal conduct if, because of a mental disorder or developmental disabilities, he lacked substantial capacity to appreciate the criminality of his conduct.

“My understanding is it’s a difficult defense to make and to have success with,” Suter said.

Opening statements are scheduled for next week, a day after the third anniversary of the shooting at the Capital Gazette.

If Ramos were found not criminally responsible, he would be committed to a maximum-security psychiatric hospital instead of prison.

He had a well-documented history of harassing the newspaper’s journalists. He filed a lawsuit against the paper in 2012, alleging he was defamed in an article about his conviction in a criminal harassment case in 2011. The defamation suit was dismissed as groundless.