FRANKFORT, Ky. (WLEX) — A Kentucky man was arrested for criminal abuse on July 17, after police said he left his disabled wife in the front seat of their truck for five consecutive days after she asked to be taken to the hospital.

A nurse a Franklin Regional Medical Center told police that the victim came to his hospital that day with her husband, 51-year-old Michael Redmon. 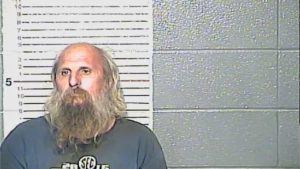 According to a criminal complaint, hospital staff had to call Frankfort EMS for lift assist to get the victim out of the truck. EMS noticed the victim had been left in the truck for so long that she was sticking to the seat when they began to help her out.

The victim said her husband, who she relies on to be her caretaker, had left her in the truck since July 17. She asked multiple times to be taken out of the truck but said Redmon refused to take her to the hospital or remove her from the truck.