LAFAYETTE, La. (AP) — A Louisiana judge is taking an unpaid leave of absence after she repeatedly used a racial slur in a video recorded at her home and posted to social media, and Gov. John Bel Edwards on Thursday called for her resignation.

The video, which caused a community outcry, shows a television set at the home of Lafayette City Court Judge Michelle Odinet displaying security footage of what appears to be a foiled burglary. Laughter and racist slurs are heard from the viewers — who aren’t visible on camera — as they watch two people capture the suspect. 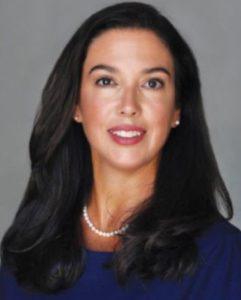 Odinet’s lawyer, Dane Ciolinio, confirmed to The Acadiana Advocate that the judge used a racial slur. Ciolino said the judge feels “humiliated, embarrassed, and sorry” for the harm she caused the community.

“What happens in the long term is something she is going to think about in the weeks to come,” Ciolino said Wednesday.

Edwards said Odinet should step down.

“There’s no place for that kind of language, especially among members of the judiciary who have the most important role in administering justice in our state,” the Democratic governor said when asked about the video.

“If she were not to resign, perhaps all of the litigants before her who were African American would seek her recusal, and I’m not sure that she has a valid basis for denying that recusal and so there is no efficient administration of justice if she stays on the bench,” he said. “So, it would be my hope that this period of reflection that she’s going through will lead her to that same conclusion.”

In a statement Tuesday, Odinet confirmed that the video was recorded in her home but said she had taken a sedative at the time and had “zero recollection of the video and the disturbing language used during it.”

A 59-year-old Black man was arrested and charged with the burglary, which happened early Saturday, police said.

The video sparked widespread calls in the community for the judge’s resignation. The president of the Lafayette Chapter of the NAACP, Michael Toussaint, and the Louisiana Legislative Black Caucus were among those calling for her resignation.

According to The Advocate, private citizens and community organizers filed complaints with the Louisiana Judiciary Commission starting Tuesday morning and at least one Lafayette law firm asked Odinet to recuse herself from two of their defendants’ cases.
___
Associated Press writer Melinda Deslatte in Baton Rouge, Louisiana, contributed to this report.