RIVERSIDE, Calif. (AP) — A suspected serial rapist has been charged with attacks on six women in Southern California, including one who was left in a ditch with a broken leg, authorities said Friday. 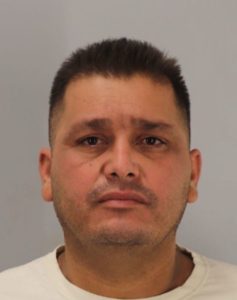 Jose Manuel Martinez Garcia, 37, is charged with attempted murder, rape and other counts in a string of attacks from September 2000 to August 2021 in the Coachella Valley, said Riverside County District Attorney Mike Hestrin.

Three victims were strangled to unconsciousness and one was struck by a pickup truck and left in a ditch for more than two days until she was found by a maintenance worker, Hestrin said. He said the victims are in the process of recovering.

“This is a serial rapist, and the level of violence here is stunning,” Hestrin told reporters.

Garcia was arrested in October and charged with attacks on four women. Online court records show he pleaded not guilty.

Hestrin says new charges are being added, and Garcia was expected to appear in court on these charges Friday.

A person at the office of Garcia’s lawyer Andrew Trautman declined to comment.