DEARBORN, Mich. (AP) — A man accused of killing a suburban Detroit hotel employee and barricading himself in a room for hours was charged Sunday with murder and other crimes.

Reichsrd Williams-Lewis, 37, was denied bond during an appearance in court.

He is accused of fatally shooting a 55-year-old employee on the third floor of a Hampton Inn in Dearborn, Michigan. Williams-Lewis also shot at another employee Thursday, striking an office door on the first floor, and pointed a rifle at a guest and another worker, according to the prosecutor’s office.

In court, police said the incident began when Williams-Lewis was confronted by staff for being loud and disturbing other guests.

Williams-Lewis, who was told to leave the hotel, fatally shot an employee who rode an elevator to the third floor to check his co-workers, said Cpl. Nicholas Damphousse.

“The evidence is this case is alarming,” prosecutor Kym Worthy said. “We have long learned that no place is sacred when it comes to gun violence. Not churches, not movie theaters, not grocery stores or hotels.”

It wasn’t immediately known if Williams-Lewis has a lawyer who could comment on the allegations.

The hotel and surrounding businesses were evacuated for hours Thursday while police, with help from a lawyer, persuaded Williams-Lewis to peacefully give up.

Gabi Silver said Williams-Lewis asked for her, although she doesn’t know him.

“I just kept saying the same thing over and over, talking to him about his family, telling him he wouldn’t get hurt if he surrendered,” Silver told The Detroit News. 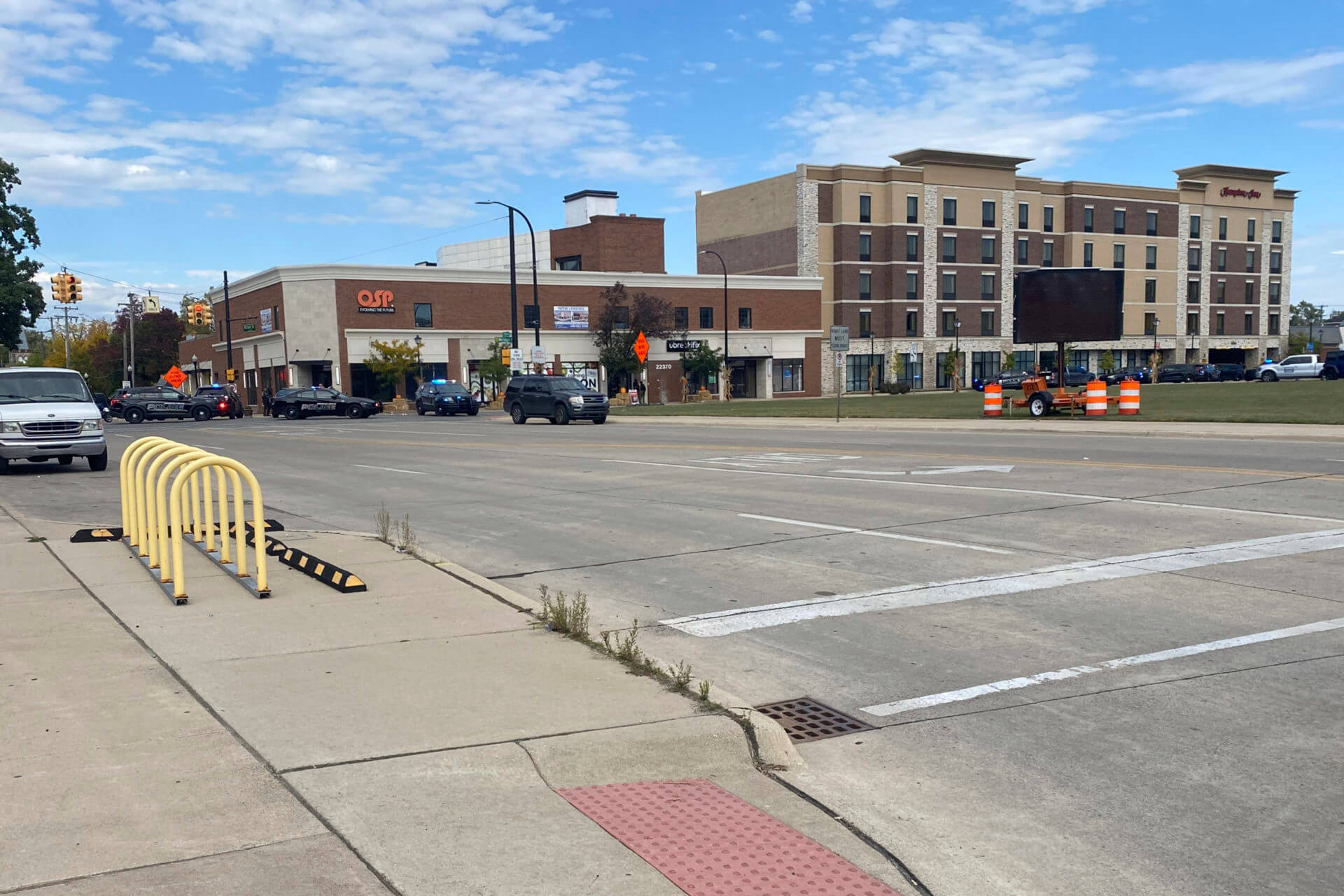 Law enforcement personnel arrive to the scene of an active shooter in Dearborn, Mich., Thursday, Oct. 6, 2022. State police said Thursday afternoon on the department's Twitter feed that the “situation is active and dangerous” at the Hampton Inn and that shots still “were being fired by the suspect.” (Chris Rizk/Detroit News via AP)
MORE NEWS