WEST CHESTER. Pa. (AP) — A man faces life in prison in the shooting death of a teenager authorities said died trying to protect three young children during an armed robbery 4 1/2 years ago in southeastern Pennsylvania.

Jurors in Chester County deliberated for a little over four hours Friday night before convicting 28-year-old Ricardo Rivera of second-degree murder and related charges, the Daily Local News of West Chester reported. He faces a mandatory life term without possibility of parole. 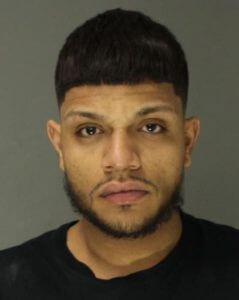 Prosecutors said Rivera fired two shots while grappling with 17-year-old David Doyle III, known as “Davey Mike,” in his family’s apartment in North Coventry Township in September 2017. Prosecutors said the children — ages 9, 8 and 3 — were having a sleepover at the home and Doyle died trying to protect them.

“Davey Mike knew his family needed to be protected,” Senior Deputy District Attorney Carlos Barraza said during his closing argument, noting the teen had told the robbers to put their guns away because there were children in the apartment.

“He knew what he was supposed to so,” Barraza said. “But being the only adult in the room cost him his life.”

Defense attorney Albert Sardella pointed to a description of the gunman that didn’t fit Rivera and challenged the credibility of prosecution witnesses, including a woman prosecutors said set up the failed robbery.

Rivera was also convicted of robbery, burglary, and conspiracy after the five-day trial. He has been held in the county prison without bail since his arrest in April 2018.