GRUNDY CENTER, Iowa (AP) — An Iowa man was sentenced Monday to life in prison without the possibility of parole for fatally shooting an Iowa State Patrol trooper last year during a standoff and shootout with police. 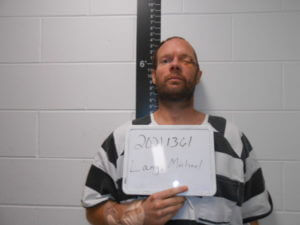 The mandatory sentence was handed down a little more than a month after a jury found Michael Lang, 42, guilty of first-degree murder, attempted murder and assaulting a police officer for his actions on April 9, 2021, that killed 51-year-old patrol Sgt. Jim Smith in Grundy Center. The city of nearly 3,000 people is about 60 miles (97 kilometers) northeast of Des Moines.

Smith, a 27-year patrol veteran, was shot as he led a team of officers into Lang’s home in Grundy Center. Lang had barricaded himself inside the home after he assaulted another officer during a traffic stop that day, police said. Lang was also shot by officers but recovered.