AKRON, Ohio (AP) — An Ohio man who had snow stuffed into his mouth by a police officer during an arrest in Akron has filed an excessive force lawsuit against the city and several officers, claiming his civil rights were violated.

Charles Hicks II, 28, seeks unspecified compensatory and punitive damages in the suit filed this week in federal court. It also alleges malicious prosecution and claims the city failed to properly train officers or conduct a thorough investigation into the Feb. 7, 2021, arrest. 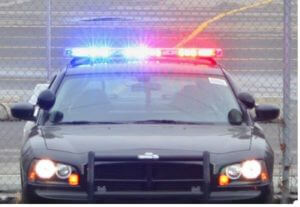 Police had gone to an Akron home after Hicks reportedly threatened his girlfriend. Police body-camera footage showed Hicks struggling with officers as they took him to the ground and tried to handcuff him and one officer — John Turnure, who is among those named in the suit — putting snow in Hicks’ face three times as he laid on the ground. Hicks then told officers he could not breathe before they stood him up.

Turnure, who is white, was placed on administrative leave while the police department conducted an internal affairs investigation. He resigned in March 2021, before the probe was completed, and the department took no disciplinary action against him and no criminal charges were filed.