ANNAPOLIS, Md. (AP) — Maryland’s highest court has agreed to take up the case of Lee Boyd Malvo, who is serving life in prison for his role in the 2002 sniper spree that terrorized the Washington, D.C., region.

Malvo’s lawyers argue that his punishment goes against a 2012 Supreme Court ruling barring mandatory life sentences without parole for juvenile offenders and Malvo should benefit from Maryland’s new law enabling prisoners convicted as juveniles to seek release once they’ve served at least 20 years. 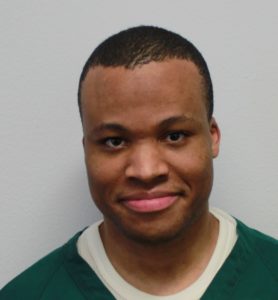 The state Court of Appeals granted a “bypass” review in Malvo’s case and that of two others serving life sentences for crimes committed as youths, news outlets report. The order issued Wednesday scheduled oral arguments to begin in January.

Malvo was 17 when he and John Allen Muhammad embarked on a killing spree that left 10 people dead and three wounded in Maryland, Virginia and the District of Columbia. Others were killed as the pair made their way to the D.C. region from Washington state. Muhammad was executed in 2009.

His case may have new standing after Maryland’s General Assembly abolished life without parole for youths, overriding a veto by Gov. Larry Hogan. Virginia passed similar legislation last year. That change prompted Malvo to drop a legal appeal that had gone to the Supreme Court to determine if his life sentence should be rescinded.