INDIANAPOLIS (SCRIPPS) — The remains of a man missing since 2019 were found in a Brownsburg storage unit last week, over three months after his son was arrested for his murder.

The Brownsburg Police Department reported the human remains were found inside a storage unit at the Ameri-Stor self-storage facility on N. Green Street on May 13.

The Marion County Coroner has identified the remains as Roger F. Farmer, 58. His cause of death was determined to be a gunshot wound to the head.

Roger was reported missing on December 27, 2019, over a month after he was last seen at his home at 6757 Wandering Way.

During an investigation into Roger’s disappearance, detectives gathered information that led them to believe that he was deceased. They eventually gathered enough evidence to arrest his son, Jeremy Farmer, 35, for his alleged involvement in Roger’s disappearance. Jeremy was initially charged with murder, although Roger’s body had not been located. 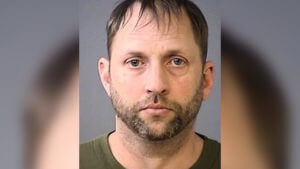 The storage unit where Roger’s body was found had allegedly been rented by Jeremy in November of 2019, according to IMPD.

The Marion County Prosecutor’s Office will now determine if additional charges are to be filed in the case.

The Farmer family also released the following statement on Monday.

“Thank you for the continued prayers and support during the past 18 months. We are extremely relieved that our father has been found and identified, this is just the beginning of a new chapter as we try to move forward and process these developing discoveries. Please respect our family’s privacy as we are finally able to mourn and can prepare for the next steps moving forward.”

This story was originally published May 17, 2021, by Katie Cox of WRTV in Indianapolis.