Bubba Wallace steered the No. 43 to the front of pit road, NASCAR champion Kyle Busch pushing the famous car on one side and close friend Ryan Blaney pushing on the other.

The entire 40-driver field and all their crew members followed. After the car came to a stop, Wallace climbed out, sat on the window ledge and sobbed. Richard Petty, his Hall of Fame team owner, gently placed a hand on Wallace’s shoulder.

As federal authorities descended on Talladega Superspeedway on Monday to investigate the discovery of a noose in Wallace’s garage stall, the entire industry rallied around the Cup Series’ only Black driver.

“The news has disturbed us all and of course we want justice and know who and why,” said seven-time NASCAR champion Jimmie Johnson. “And we want to stand with our friend.”

The 82-year-old Petty, at his first race since the coronavirus pandemic began and at Talladega on race day for the first time in more than 10 years, stood side by side with Wallace during the national anthem before Monday’s rain-postponed event. Everyone stood behind the car while Brad Keselowski held the American flag at the front of the display of solidarity.

The idea to stand with Wallace started with Johnson, while former series champion Kevin Harvick suggested they all push the car to the front of the grid, Wallace said.

One by one, after the anthem, they hugged Wallace. He then had a long embrace with Petty.

And then he went racing. 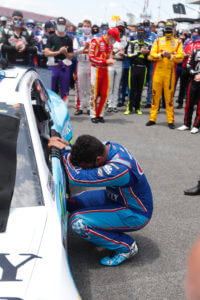 Driver Bubba Wallace, front, is overcome with emotion as he arrives at his car in the pits of the Talladega Superspeedway prior to the start of the NASCAR Cup Series auto race at the Talladega Superspeedway in Talladega Ala., Monday June 22, 2020. In an extraordinary act of solidarity with NASCAR’s only Black driver, dozens of drivers pushed the car belonging to Bubba Wallace to the front of the field before Monday’s race as FBI agents nearby tried to find out who left a noose in his garage stall over the weekend. (AP Photo/John Bazemore)

It was Wallace who successfully pushed the stock car series to ban the Confederate flag at its venues less than two weeks ago and he was the target when the noose was found hanging in the Richard Petty Motorsports garage stall Sunday afternoon at the Alabama track. A member of Wallace’s crew reported it to NASCAR, and by Monday morning U.S. Attorney Jay Town said his office, the FBI and the Justice Department’s Civil Rights Division were involved.

“Regardless of whether federal charges can be brought, this type of action has no place in our society,” Town said.

NASCAR President Steve Phelps said security has been stepped up for Wallace — his team was also granted unusual access to its car Monday morning to ensure it had not been tampered with overnight — and the FBI was “currently on site” at the track.

He said the FBI director had told agents in Birmingham to “use all their resources” to find the perpetrator.

“Unequivocally they will be banned from this sport for life,” Phelps said. “There is no room for this at all. We won’t tolerate it. They won’t be here. I don’t care who they are, they will not be here.”

The stock car series has tried to distance itself from the flag for years at the risk of alienating a core group of its fan base. At Wallace’s urging, it went ahead with the ban as the nation grapples with social unrest largely tied to George Floyd, an unarmed Black man who died in the custody of Minneapolis police.

NASCAR has not outlined how it will enforce the restriction and this week’s race at Talladega, in the heart of the South, presented the series with its biggest test in the early going. Disgruntled fans with Confederate flags drove past the main entrance to the track all weekend and a plane flew above the track Sunday pulling a banner of the flag that read “Defund NASCAR.”

Alabama Gov. Kay Ivey said she was “shocked and appalled” by the “vile act” against Wallace.

“There is no place for this disgusting display of hatred in our state,” Ivey said. “Bubba Wallace is one of us; he is a native of Mobile and on behalf of all Alabamians, I apologize to Bubba Wallace as well as to his family and friends for the hurt this has caused and regret the mark this leaves on our state.”

Petty said in a statement he was “enraged” by the “filthy act” of racism. Retired champion Jeff Gordon called it a “cowardly” act while retired champion and current team owner Tony Stewart seethed in a social media post: “Angry. Outraged. Disappointed. Those words don’t fully describe how I feel. #IStandWithBubba and I’ll damn sure stand up to anyone who engages in this kind of behavior.”

Phelps said he was the one who told Wallace about the noose.

The 26-year-old Wallace has not commented since a statement on social media late Sunday in which he declared: “This will not break me, I will not give in nor will I back down. I will continue to proudly stand for what I believe in.”

Wallace has worn a shirt that says “I Can’t Breathe” over his firesuit and sported a Black Lives Matter paint scheme in a race last month in Martinsville, Virginia. 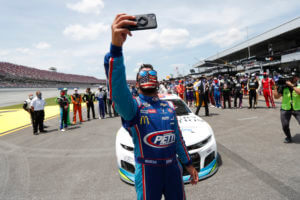 Talladega is one of the more raucous stops on the NASCAR schedule, but the pandemic prompted the series, like all sports, to ban or sharply limit fans. Up to 5,000 fans were allowed in, but there were far fewer than that Monday and none of them had access to the infield or the Cup Series garage.

Under strict new health guidelines, a very limited number of people can access the garage. That would include crew members for each of the 40 teams, NASCAR employees, Talladega staff members and any contracted safety crews or security guards.

Phelps declined to discuss whether cameras in the garage area might have captured anything of value but noted NASCAR has an approved list of who is allowed access that has been turned over to authorities.

“It will be part of what the FBI is looking at,” he said. 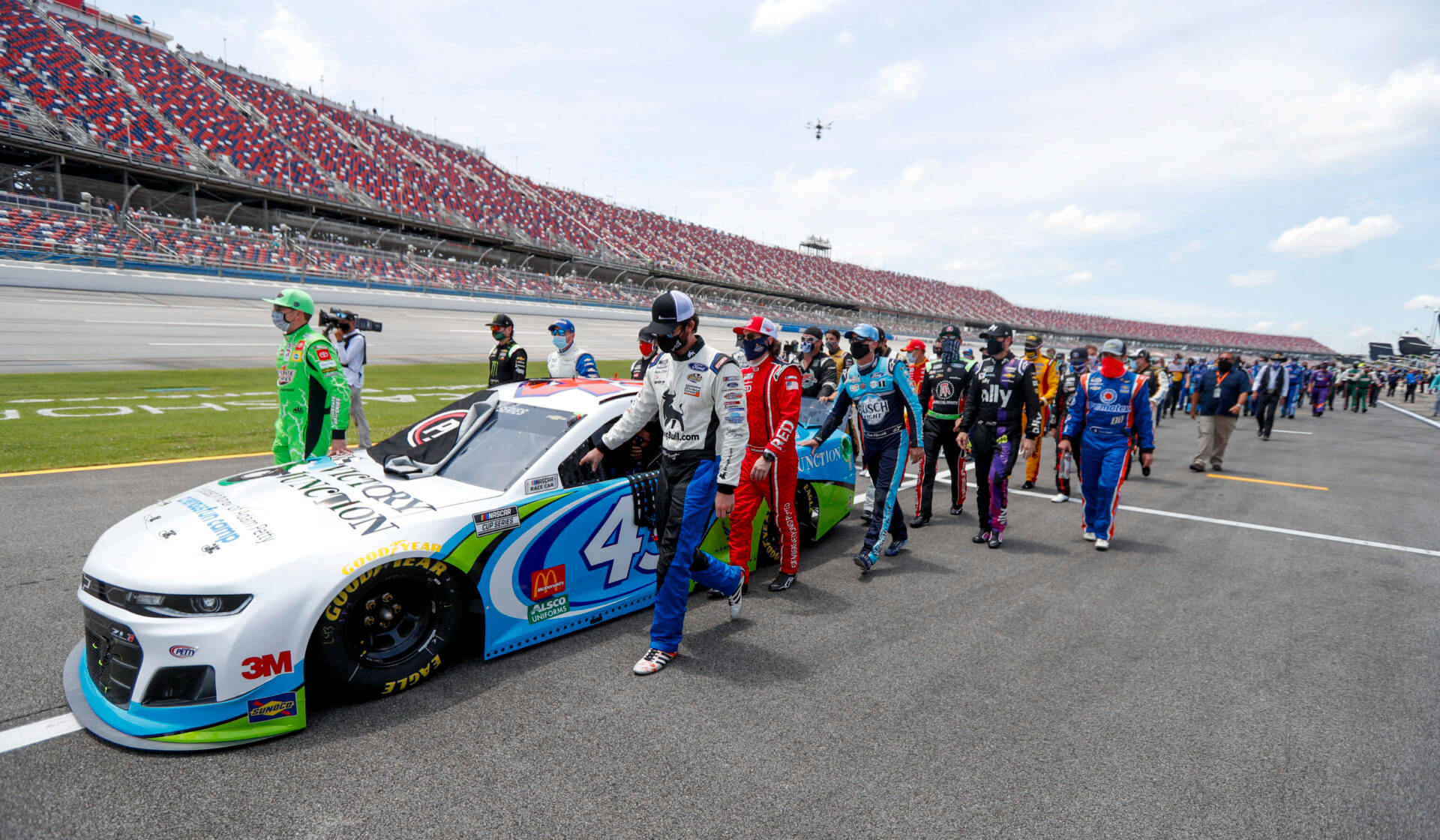