LAS VEGAS (AP) — Nevada’s first execution in nearly 16 years is on hold again after the state’s lawyers told a federal judge on Monday they couldn’t possibly satisfy the legal requirements necessary to put Zane Michael Floyd to death before April. 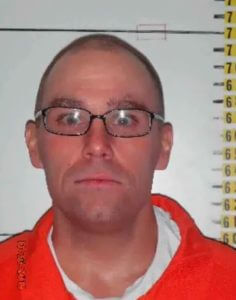 Gilmer said during the brief hearing Monday that Clark County prosecutors have not obtained a formal death warrant necessary to execute him by lethal injection before one of the drugs the state plans to use expires on Feb. 28.

Floyd, 46, was convicted in 2000 of killing four people and wounding a fifth in a shotgun attack at a Las Vegas grocery store. He does not want to die.

The state’s lawyers requested Monday that Boulware go ahead and rule on evidence both sides presented late last year about whether the existing drug protocol and corrections training requirements are legal.

But the judge said he will address the next steps on those matters at the April status hearing.

“We’re not going to resolve that today,” Boulware said during the 30-minute hearing Monday. “We don’t need to figure this out today because we’ll be coming back in April.”

Prosecutors had faced a warrant deadline Sunday because state law calls for two weeks’ notice to schedule an execution.

Gilmer said that meant the Clark County District Attorney Steve Wolfson would need to seek and obtain a death warrant from a state judge before now.

Daryl Mack was the last person put to death in Nevada, in 2006, for a 1988 rape and murder in Reno. Mack asked for his lethal injection to be carried out.

Boulware has held hearings since November to collect testimony from expert witnesses for both sides about whether Nevada’s combination of drugs would cause Floyd so much pain that his lethal injection would be unconstitutionally cruel and inhumane.

Nevada prison officials want to use large doses of three or four drugs including the potent synthetic opioid fentanyl, the sedative ketamine, possibly a muscle paralytic called cisatracurium, and either potassium chloride or potassium acetate to stop Floyd’s heart. The drug alfentanil might substitute for fentanyl.

Pharmaceutical companies and drug suppliers have said they don’t want their products used in an execution in Nevada.

Floyd had exhausted appeals, and his execution was scheduled last July. But it was then delayed by Boulware and a state court judge pending the result of additional court proceedings — including several petitions still pending before the Nevada Supreme Court.

Boulware said Monday the state Supreme Court must rule on those matters before any execution can occur.

One of those cases challenges whether the state judge assigned to handle Floyd’s case can continue in that role.

Prison officials also face having to recruit doctors and emergency medical technicians willing to take part in an execution, after the physicians and drug administrators they had enlisted dropped off the list amid fears they might one day be publicly identified.
____
Sonner reported from Reno, Nevada