A North Dakota man accused in the fatal hit-and-run of a teenager after a small-town street dance is now charged with murder, after prosecutors say he intentionally ran over the 18-year-old, according to upgraded charges made public Friday. 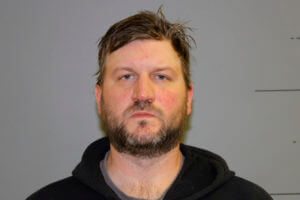 Shannon Brandt is shown in this undated handout photo from the Stutsman County, N.D., Sheriff’s Office. Brandt has been charged with criminal vehicular homicide and leaving the scene of an accident in the death Sunday, Sept. 18, 2022 of an 18-year-old man after what Brandt said was a political argument. (Stutsman County, N.D., Sheriff’s Office via AP)

Shannon Brandt, 41, was initially charged with criminal vehicular homicide in the Sept. 18 killing of Cayler Ellingson, but that charge has been dropped. The new charge — murder with a dangerous weapon — is a felony that carries a maximum sentence of life in prison upon conviction. Brandt is also charged with leaving the scene of a crash that resulted in death.

According to a probable cause affidavit released Friday, Brandt told a 911 dispatcher that if it was a total accident he wouldn’t be so scared, “but I know it was more than that.”

Brandt initially told authorities that there had been a political argument and that Ellingson was part of a “Republican extremist group.” Many conservatives took to social media to decry the alleged motive in Ellingson’s death. But investigators have said the case was not political in nature and that there is no evidence to support Brandt’s claim that Ellingson was a Republican extremist.

Brandt’s attorney, Mark Friese, said Friday that he would not comment yet because the Ellingson family is grieving, the community is in mourning, and he hasn’t received all of the case background.

The hit-and-run occurred early Sunday, after a Saturday night street dance in McHenry, about 150 miles (240 kilometers) northeast of Bismarck. According to an initial probable cause affidavit, Brandt told investigators that he struck Ellingson “because he had a political argument with the pedestrian and believed the pedestrian was calling people to come get him.”

But a new probable cause affidavit released Friday says Brandt called 911 and told a dispatcher that he hit a man with his SUV, and he asked for an ambulance. While Brandt was on the phone, he “made comments regarding the incident being intentional and not an accident,” the affidavit said.

Brandt later said: “I almost oh god, I almost just runaway but I thought jeez obviously if it was a total accident I wouldn’t be scared but I know it was more than that,” according to the affidavit.

Brandt told the dispatcher that Ellingson had called others and Brandt was worried they were on their way. Brandt said Ellingson also wouldn’t let him leave and called someone to come “handle him,” the affidavit said. The investigation showed that the only calls Ellingson placed before the accident were to his mom and dad.

The affidavit says that in one of the phone calls, Ellingson asked his mother if she knew who Brandt was. In another, Ellingson told his mother that maybe he should call his cousins or “posse.” His mother told him that he didn’t need to do that and she was on her way to pick him up. She told investigators that at that point, she didn’t know if her son felt threatened.

Ellingson’s mother received another call at 2:42 a.m. in which Ellingson said someone was after him.

“Sheri Ellingson said the phone call dropped and that was last time she spoke with C.E.,” the affidavit says.

Before investigators arrived, Brandt left the scene and went to his home in Glenfield. Authorities arrived to find him visibly intoxicated, the affidavit said. Officials have said that a breath test showed Brandt’s blood alcohol level was above the legal limit to drive.

The highway patrol’s investigation shows no acceleration marks or skid marks in the gravel alley where Ellingson was hit. Investigators also found little to no damage on the front of Brandt’s SUV, according to the affidavit.

An autopsy showed Ellingson was on the ground when he received his fatal injuries, which indicates “the injuries weren’t caused from being struck by Shannon Brandt’s vehicle and were caused by being run over,” the affidavit says.