WASHINGTON (AP) — A police officer lauded for his bravery during the U.S. Capitol riot testified Monday that a man carrying a Confederate battle flag jabbed at him with the flagpole before joining the mob that chased him up a staircase.

In his first public testimony since the Jan. 6, 2021, siege, Capitol Police officer Eugene Goodman described his encounter with the flag-toting Delaware man, Kevin Seefried, and his adult son, Hunter, at their trial on charges that they stormed the Capitol together. 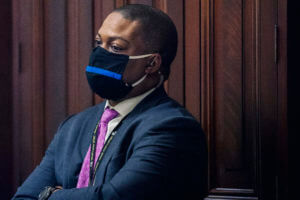 Goodman has been hailed as a hero for leading a group of rioters away from the Senate chamber as senators and then-Vice President Mike Pence were being evacuated. Goodman also directed Sen. Mitt Romney, R-Utah, to turn around and head away from the mob.

Goodman recalled seeing Kevin Seefried standing alone in an archway and telling him to leave. Instead, Seefried cursed at him and jabbed at the officer with the base end of the flagpole three or four times without making contact with him, Goodman said.

“He was very angry. Screaming. Talking loudly,” Goodman said. “Complete opposite of pleasant.”

U.S. District Judge Trevor McFadden is hearing testimony without a jury for the Seefrieds’ bench trial, which started Monday and is scheduled to resume Tuesday. The Seefrieds waived their right to a jury trial, which means McFadden will decide their cases.

Widely published photographs showed Kevin Seefried carrying a Confederate battle flag inside the Capitol after he and his son entered the building through a broken window.

The charges against both Kevin and Hunter Seefried include a felony count of obstruction of an official proceeding, the joint session of Congress for certifying Joe Biden’s victory over then-President Donald Trump in the 2020 presidential election.

During the trial’s opening statements, defense attorneys said the Seefrieds never intended to interfere with the Electoral College vote count.

“Indeed, (Kevin Seefried) was not even aware that the electoral count was happening or was happening in the Capitol,” one of his lawyers, Elizabeth Mullin, told the judge. 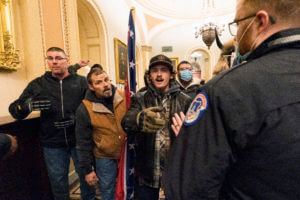 FILE – Kevin Seefried, second from left, holds a Confederate battle flag as he and other insurrectionists loyal to President Donald Trump are confronted by U.S. Capitol Police officers outside the Senate Chamber inside the Capitol in Washington, Jan. 6, 2021. A federal trial is scheduled to start on Monday, June 13, for Seefried and his son Hunter who have been charged with storming the U.S. Capitol together. (AP Photo/Manuel Balce Ceneta, File)

After rioters chased Goodman up a set of stairs, another Capitol police officer who confronted the mob near the Senate chamber recalled that Kevin Seefried asked, “Why are you protecting them?”

“I assumed he was talking about Congress,” Officer Brian Morgan testified.

Before his encounter with the mob inside the Capitol, Goodman joined other officers in trying to hold back rioters as they clashed with police outside the building.

“It was like something out of medieval times, with one huge force clashing with another opposing force,” Goodman said. “I’ve never seen anything like that ever.”

Goodman said he had to retreat inside the building after getting pepper sprayed and exposed to tear gas deployed by police.

The Seefrieds aren’t charged with assaulting any officers.

Mullin conceded that Kevin Seefried is guilty of two misdemeanor charges that he knowingly entered a restricted building and illegally demonstrated in the Capitol.

Hunter Seefried, then 22, may have acted “stupidly” but didn’t intend to block Congress from certifying the election results, defense attorney Edson Bostic said.

Goodman recalled that Hunter Seefried was smirking but didn’t see him acting aggressively or hear him yelling at police.

The Seefrieds traveled to Washington from their home in Laurel, Delaware, to hear Trump’s speech at the “Stop the Steal” rally on Jan. 6.

They climbed over a wall near a stairwell and scaffolding in the northwest section of the Capitol and were among the first rioters to approach the building near the Senate Wing Door, according to prosecutors. After watching other rioters use a police shield and a wooden plank to break a window, Hunter Seefried used a gloved fist to clear a shard of glass in one of the broken windowpanes, prosecutors said.

In a court filing, prosecutors said the Confederate battle flag that Kevin Seefried brought from home was “a symbol of violent opposition to the United States government.”

Mullin said Seefried didn’t intend “to send any kind of message” by carrying the flag into the Capitol and regrets doing so.

McFadden, whom Trump nominated in 2017, is the only judge to a hold a bench trial for a Capitol riot case so far.

In April, he acquitted New Mexico resident Matthew Martin of misdemeanor charges that he illegally entered the Capitol and engaged in disorderly conduct after he walked into the building.

In March, McFadden acquitted a New Mexico elected official of engaging in disorderly conduct but convicted him of illegally entering restricted Capitol grounds.

McFadden has criticized prosecutors’ handling of Capitol riot cases. He suggested that the Justice Department has been unjustly tougher on Capitol riot defendants compared with people arrested at protests against police brutality and racial injustice after George Floyd’s 2020 murder by a Minneapolis police officer.

On Tuesday, U.S. District Judge Colleen Kollar-Kotelly is scheduled to preside over a bench trial for Jesus Rivera, a Pensacola, Florida, man charged with four riot-related misdemeanors. President Bill Clinton nominated Kollar-Kotelly to the court in 1997.

At least four other Capitol riot defendants have bench trials scheduled for this year.

Juries have unanimously convicted five Capitol riot defendants of all charges, a perfect record for prosecutors so far. More than 300 other defendants have pleaded guilty to riot offenses, mostly misdemeanors punishable by no more than one year in prison. Approximately 100 others have trial dates in 2022 or 2023. More than 800 people have been charged with federal crimes related to the Jan. 6 attack. 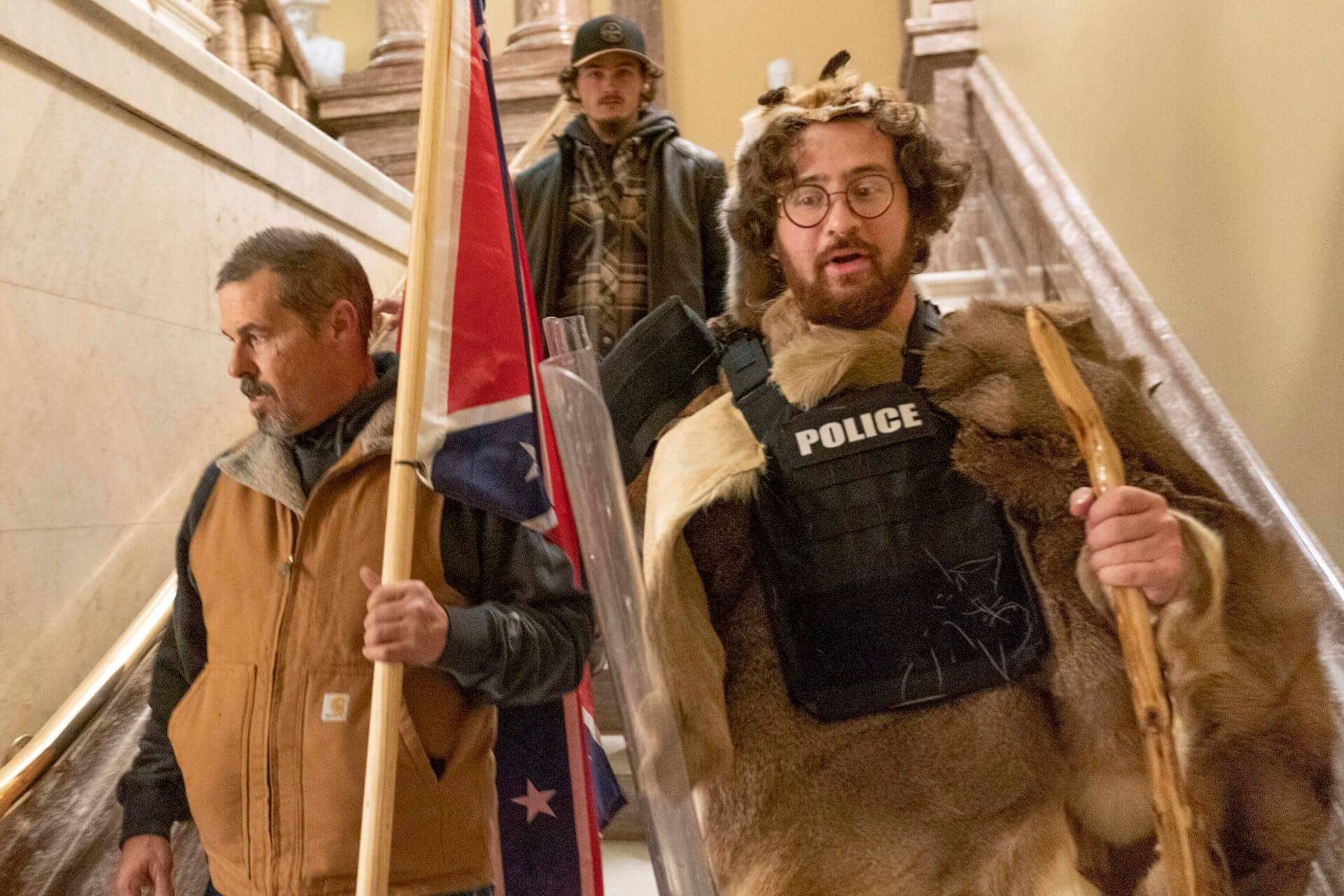 FILE - Insurrectionists loyal to President Donald Trump, including Aaron Mostofsky, right, and Kevin Seefried, left, walk down the stairs outside the Senate Chamber in the U.S. Capitol, in Washington, Jan. 6, 2021. A federal trial is scheduled to start on Monday, June 13, for Seefried and his son Hunter who have been charged with storming the U.S. Capitol together. (AP Photo/Manuel Balce Ceneta, File)
MORE NEWS