MUSKOGEE, Okla. (AP) — A member of the Seminole Nation in Oklahoma whose case led to a landmark decision on criminal jurisdiction in tribal lands has been sentenced to life in federal prison for sexual abuse of a child.

Federal prosecutors in Muskogee announced late Wednesday that Jimcy McGirt, 72, was sentenced to life in prison for two counts of aggravated sexual abuse in Indian Country. 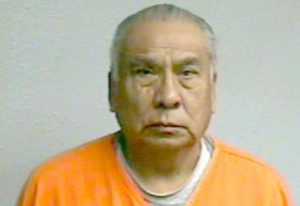 McGirt was originally convicted in a state court and sentenced to 500 years in prison in 1997 for the assaults that occurred on Muscogee (Creek) Nation land.

But the U.S. Supreme Court ruled last year that the tribe’s reservation had never been disestablished and either federal courts or tribal nations have jurisdiction over crimes committed by or against Native Americans on tribal land, not the state.

He was subsequently charged in federal court in Muskogee, where a federal jury convicted him in November of sexually assaulting a 4-year-old child. The victim, now in her late 20s, testified in his case.