OKLAHOMA CITY (AP) — An Oklahoma district judge has ruled a suburban Oklahoma City police officer will face trial for the fatal shooting of a man who refused to drop a baseball bat as he approached the officer.

The Village officer Chance Avery is charged with second-degree murder, or in the alternative, first-degree manslaughter in the July 2020 shooting death of Christopher Pool. 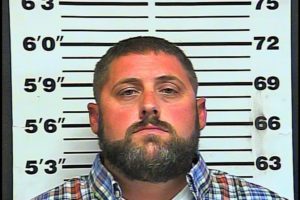 District Judge Cindy Truong on Tuesday reversed an earlier ruling by Special Judge Lisa Hammond that prosecutors did not present evidence that Avery committed a crime.

Truong said Hammond had sound reasons for her ruling, but that excessive force arguments “are questions of fact for the jury to decide.”

Avery was called to the home by Poor’s wife, who was retrieving personal belongings, when Poor ran inside carrying the bat and was shot by Avery after refusing to drop the bat, police said.

“This level of force utilized by Chance Avery exceeded the level of force appropriate for the victim’s actions during this encounter,” a probable cause affidavit said.