KISSIMMEE, Fla. (AP) — A physical therapist from Connecticut suffocated his 4-year-old daughter by rolling on top of her and also killed his two sons and wife, a prosecutor told a Florida jury on Monday.

Anthony Todt told detectives he and his wife, Megan, had an agreement to kill their family so they could “pass over” since the apocalypse was coming, Assistant State Attorney Danielle Pinnell said during opening statements in Todt’s murder trial in Kissimmee, Florida. 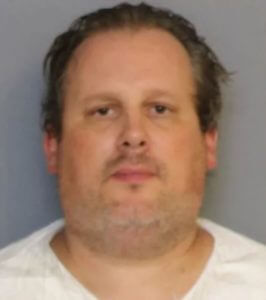 Todt, 46, is charged with first-degree murder for the deaths of his 42-year-old wife, his daughter, Zoe, and his two sons Alek, 13, and Tyler, 11. The victims’ decomposing bodies were wrapped in blankets and had stab wounds and toxic amounts of Benadryl in their bodies when they were found in January 2020, according to autopsy reports.

Todt has pleaded not guilty. He also has been charged with animal cruelty for the death of the family’s dog, Breezy.

Todt initially confessed to the killings, but in jailhouse writings, he has since blamed his wife for the slayings. He was arrested in January 2020 but investigators believe the family members were killed weeks earlier.

Their bodies were discovered when federal agents and deputies went to the house to serve an arrest warrant for health care fraud charges in Connecticut. Todt had a physical therapy practice in Connecticut to which he would travel during the work week, returning to Florida to be with his family on weekends at their home in Celebration near Walt Disney World.

Jurors did not hear from Todt’s public defenders Monday. They had told the judge they wanted to wait to present their statements until after the state rests its case.