MOBILE, Ala. (AP) — Police in Alabama on Monday released the name of a second man wanted in an Alabama shooting that wounded two adults and three teenagers outside a high school football game. 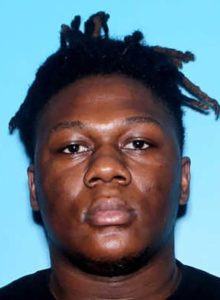 The five shooting victims include two adults and three juveniles ages 15 to 17, police said in a news release. Two remained hospitalized Monday, one in guarded condition and the other stable. The three others were released.

Jakobe Morgan was shot five times, with one bullet hitting his spine and another going through a kidney, his mother, Gwendolyn Crawford, told WPMI-TV.

The shooting happened Friday night near the exit ramp at Ladd-Peebles Stadium, where Vigor (pronounced VY-gohr) High School was playing its homecoming game against Williamson High.

Thousands were gathered at the game, according to police, who said they had not yet pinpointed a motive for the shooting.