By JAKE BLEIBERG and JAMIE STENGLE

DALLAS (AP) — A man fatally shot two Dallas hospital employees over the weekend, opening fire after accusing his girlfriend who had just given birth of infidelity, authorities said.

Jacqueline Pokuaa, 45, and Katie Flowers, 63, were killed in the Saturday shooting at Methodist Dallas Medical Center, according to police and the Dallas County medical examiner’s office. 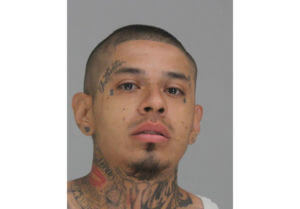 This June 18, 2022, photo provided by the Dallas County jail shows Nestor Hernandez, who was arrested on Saturday, Oct. 22, 2022, in the fatal shooting of two employees of Methodist Dallas Medical Center, in Dallas. Authorities have said Hernandez opened fire at the hospital around 11 a.m. before being shot and injured by a hospital police officer. Hernandez was taken to another hospital for treatment and has been charged with capital murder. (Dallas County jail via AP)

Authorities have said Nestor Hernandez, 30, opened fire around 11 a.m. Saturday while at the hospital for the birth of a child by his girlfriend. Hernandez, who was on parole from prison and had been granted permission to be at the hospital while wearing an ankle monitor, was shot and wounded by a police officer, authorities said.

“In my opinion, this is a failure of our criminal justice system,” Dallas Police Chief Eddie Garcia said at a news conference Monday. “A violent individual such as this should not have been on ankle monitor and should have remained in custody.”

Hernandez has been charged with capital murder but it wasn’t clear Monday if he has an attorney who could speak on his behalf. He was not listed among people being held in the Dallas County jail and authorities said that after the shooting he was treated at Methodist and then taken to another medical faculty for further treatment.

Hernandez arrived at the hospital around 10:20 a.m. to visit the woman in delivery and began to strike her repeatedly in the head with a handgun, Garcia said. According to an arrest warrant affidavit obtained by WFAA-TV, Hernandez was at the hospital for the birth of the child and began hitting his girlfriend with the gun after accusing her of infidelity.

Hernandez then started making “ominous” calls and sending text messages to his family, told his girlfriend that they were both going to die and said “whoever comes in this room is going to die with us,” according to the Dallas TV station’s account of the affidavit. He shot Pokuaa when she came into the room to attend to the woman and then shot Flowers after she looked in the room upon hearing gunfire, Garcia said.

Hospital police Sgt. Robert Rangel saw Flowers get shot, called for backup and took cover outside the room where Hernandez was reloading his gun, the chief said. When Hernandez emerged, Rangel shot him in the leg and, after a standoff, police took him into custody, Garcia said.

Garcia said the woman Hernandez struck was treated for her injuries and that a newborn child who was in the room was not hurt. Police identified the two women killed as a nurse and case worker but didn’t say who did which job.

Hernandez was released from prison on parole last October after having been convicted of aggravated robbery, according to Texas Department of Criminal Justice spokeswoman Amanda Hernandez. She said he was given permission to be with his “significant other” at the hospital during her delivery.

Authorities haven’t released any information on how Hernandez came to have a gun while on parole for a felony conviction. Methodist Medical System Police Chief Glen Fowler said Monday that the hospital wasn’t given any notice of his criminal history or that he was being tracked with an ankle monitor.

“That’s not something we normally inquire about for a parent,” Fowler said. “This is an extremely horrific, out-of-the-norm situation. I wish that we would have known, but that is not some information that was provided to us beforehand.”

Garcia said Hernandez was sentenced to eight years for aggravated robbery, serving six before he was released on parole last year. In March 2022, he was arrested for a parole violation, then in April released to his parole officer. In June, Garcia said, Hernandez was arrested by police in a Dallas suburb for another parole violation, taken to a county jail and then turned over to the custody of Texas prisons, which released him this September with the ankle monitor he was wearing during the shooting.

Dallas County records show that Nestor Hernandez has been arrested repeatedly since 2011, including on charges of aggravated robbery, burglary and the unlawful possession of a firearm by a felon.

The Dallas Police Department is leading the investigation of the shooting, which is also being reviewed by the Texas prison system’s Office of Inspector General.