BAY ST. LOUIS, Miss. (AP) — An argument between two men over a golf game led one golfer to bite the nose off the other in the parking lot of a casino, police said.

Mark Wells, 51, of Biloxi initially fled the scene in a Tesla before turning himself in, Bay St. Louis Police Chief Toby Schwartz said in a news release. 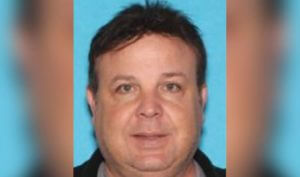 The nose was not found as the victim was taken to a hospital, WXXV-TV reported.

Officers responding to a complaint of an assault at the Hollywood Casino Monday night arrived to find a victim with a disfiguring facial injury, the statement said. “The investigation determined that suspect, Mark Curtis Wells, bit the nose off of the victim,” Schwartz said.

Officers were told that Wells and the victim had been arguing throughout the day over a golf game they played at the resort’s course.

Wells was charged with felony mayhem and booked on into the Hancock County jail, where he paid the required 10% of a $50,000 bond himself and walked out within the hour, WXXV reported.

According to the Biloxi Sun Herald, Wells faces up to seven years in prison if convicted of the felony, which state law defines as a premeditated “crime committed with the intent to kill in which the suspect mutilates, disfigures, disables, or destroys someone’s tongue, eye, lip, nose, limb or another body part.”

An official at the jail wouldn’t say whether Wells has a lawyer who could comment on his behalf.