SALT LAKE CITY (AP) — Months after a newlywed couple was shot to death at a Utah campsite, police on Wednesday publicly identified a suspect for the first time and said the man has since killed himself.

Adam Pinkusiewicz confessed to killing the two women before his death, the Grand County Sheriff’s Office said in a statement.

He used to work at the same McDonald’s restaurant as Crystal Turner, 38, who was gunned down along with her wife, Kylen Schulte, 24.

They were found dead Aug. 18 near Moab, a tourist town known for its sweeping desert landscapes. They were camping in the South Mesa area of the La Sal Mountains, and Pinkusiewicz was in the area too. 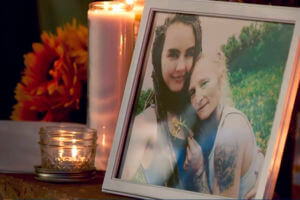 FILE – In this image from KUTV, Kylen Schulte, left, and Crystal Turner are shown in a photo at a vigil in Moab, Utah, on Aug. 22, 2021. Months after the newlywed couple was shot to death at a Utah campsite, police have publicly identified a suspect for the first time. The Grand County Sheriff said in a statement Wednesday, May 11, 2022, the man has since killed himself, but confessed to the slayings before his death. (Nic Naylor/KUTV via AP, File)

Pinkusiewicz fled Utah and killed himself within weeks of the slayings, Sheriff Steven White said. Police are identifying him publicly now because they recently learned of the confession. Pinkusiewicz mentioned specific details that had not been publicly revealed.

They don’t believe there are any other suspects.

“If nothing else, it will be closure for the family,” White said. 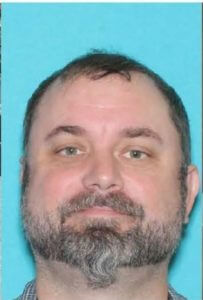 Adam Pinkusiewicz is the suspect connected to the deaths of Kylen Schulte and Crystal Turner, whose bodies were found Aug. 18 at a campsite. According to the sheriff’s office, Pinkusiewicz told another person that he killed the women. Pinkusiewicz later died by suicide. (Grand County Sheriff’s Office)

White declined to say where he killed himself. Police are investigating whether Pinkusiewicz was the “creepy,” intimidating man Schulte told friends they saw near their campsite shortly before their deaths.

Investigators had long considered Pinkusiewicz a person of interest and had tried to find and talk to him. Authorities say the case is still open, and they’re still processing new evidence from his recently located car and seeking new information.
___
Associated Press writer Brady McCombs contributed to this story.