NEW RICHMOND, Ohio — The search for a missing father led police to his body and a murder-for-hire plot orchestrated by his longtime best friend, according to Clermont County prosecutors in Ohio.

Kenyata Gardner paid another man to kill Bobby Farrell Jr. on July 6, abandoned the body on a wooded country road, cleaned out his car to conceal evidence of the crime and then consoled Farrell’s family during the search that followed, assistant prosecutor Katie Terpstra said July 23. 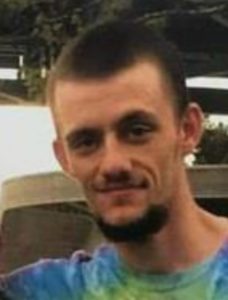 “He acted like he was looking for him,” she said.

Prosecutors said the act continued until the discovery of Farrell’s body on July 11, and Gardner’s arrest three days later. Christian Beasley, the man accused of taking money to shoot Farrell, would be arrested July 22.

Prosecuting Attorney Mark Tekulve said Gardner and Beasley picked Ferrell up in New Richmond on July 6 around 5:30 p.m. They shot him inside the vehicle.

The pair then left Ferrell’s body on SR 222 in Monroe Township, Tekulve said.

“Again, he’s not the shooter, your honor,” defense attorney Robert Karl said in court. “He did know the victim. I believe they were very good friends.”

Judges in both cases set bond at $5 million. Gardner is scheduled for a pre-trial hearing August 4. Beasley’s next hearing is Aug. 2.

This story was originally published July 23, 2021, by WCPO in Cincinnati.