BEAVERCREEK, Ohio (AP) — A child psychologist facing dozens of counts related to child pornography pleaded guilty to child endangerment and tampering with evidence in exchange for all other counts being dismissed.

Gregory Ramey, 71, entered his pleas Wednesday in Greene County Common Pleas Court. His sentencing was scheduled for Nov. 18, but it’s not clear if he’s facing a potential prison term. 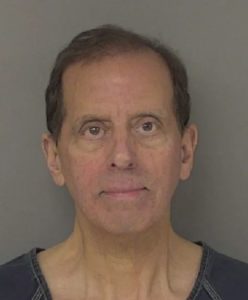 Ramey’s attorney has said the images his client had were provocative but not pornographic, and the individuals shown were clothed.

Ramey was fired by Dayton Children’s Hospital in August 2019 after officials learned he was under investigation by the Ohio Internet Crimes Against Children Task Force. Ramey served as executive director for pediatric mental health resources at Dayton Children’s and wrote a weekly parenting column distributed by The New York Times.

Ramey pleaded guilty to six counts of child endangerment and one count of tampering with evidence. The other counts he faced — including illegal use of a minor in nudity-oriented material, pandering obscenity involving a minor and attempted pandering sexually oriented matter involving a minor — were all dismissed.