RAPID CITY, S.D. (AP) — A Rapid City woman accused of driving drunk and fatally hitting her friend with her vehicle during an argument has been sentenced to 25 years in prison.

According to Pennington County prosecutors, 51-year-old Rochelle Seminole had a blood alcohol content of more than three times the legal limit in May of 2019 when she argued with 37-year-old Kimberly Clifford in the parking lot of a Rapid City Walmart. 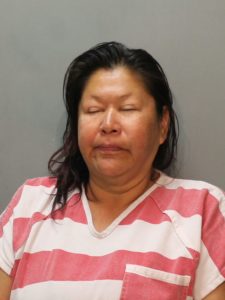 Witnesses said Seminole attempted to run over Clifford, but missed and then backed up and struck her.

Seminole’s attorney, John Murphy, said Seminole was not the instigator in the argument with Clifford. Murphy said Seminole did not hit her with the car intentionally but takes full responsibility for what happened.

But, Chief Deputy State’s Attorney Lara Roetzel said most of the 23 witnesses to what happened said they felt the act was intentional.

Seminole told Clifford’s family that she was sorry, saying she never meant for this to happen and that she would never run over somebody. She asked them to forgive her.

Judge Craig Pfeifle on Wednesday sentenced Seminole to consecutive sentences of 15 years each on the vehicular homicide and assault charges, suspending five years of the assault sentence.