According to the indictment, Duke faces six counts in Ben Hill County, including: 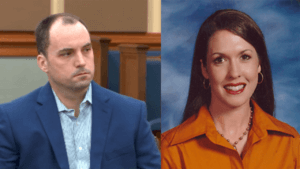 The jury convicted Duke of one count of concealing a death for removing Grinstead’s body from her home and hiding what he did from law enforcement. For the single count he was found guilty on, the judge sentenced Duke to 10 years, the maximum sentence.

Ryan Duke’s attorney Asleigh Merchant responded to the new indictment in Ben Hill County in a court document that says due to expired statutes of limitations, the indictment should not stand.

“Despite receiving numerous reports from multiple individuals that Ms. Grinstead had been killed, that her body had been burned, and that Bo Duke and Ryan Duke were involved, no law enforcement official interviewed either Bo Duke or Ryan Duke about the reports until 2016 when Bo Dukes was first questioned by the G.B.I. The G.B.I acknowledge, under oath and in Court two separate cases, that the agency was area of these repeated and earlier reports beginning in 2005 but utterly failed to act on them in any way.”

Duke told police in 2017 that he killed Grinstead after she “surprised” him while he burglarized her home for drug money. He disavowed his so-called confession on the witness stand, saying his friend, Bo Dukes, killed Grinstead, then roped him into burning her body on Duke’s family’s farm. Ryan Duke said he did not come forward sooner because he feared retribution from Bo Dukes. Bo Dukes told police that Ryan Duke killed Grinstead then came to him for help burning the body. Dukes invoked his right to remain silent when the defense called him to the witness stand.

During a post-verdict press conference, prosecutors said they did not foresee future charges against Bo Dukes in Irwin County, because they believe Ryan Duke is the person responsible for Grinstead’s murder.

Bo Dukes was convicted in 2019 for lying to the GBI, hindering the arrest of Ryan Duke and concealing Grinstead’s death. He was sentenced to 25 years in prison. He was never charged for murder.