ATLANTA (AP) — The Rev. Al Sharpton demanded a full accounting of how a Georgia woman fell from a moving patrol car after her arrest, saying at her funeral Thursday that he would seek a Justice Department review of her case if the family didn’t get answers. 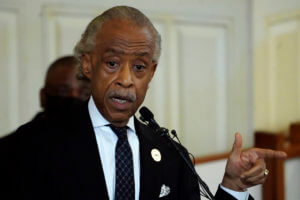 Brianna Grier, 28, suffered significant injuries on July 15 and died July 21 at an Atlanta hospital. Authorities had been called to her home in Sparta, Georgia, as she experienced a mental health crisis, a family attorney has said. Sparta is about 100 miles (160 kilometers) southeast of Atlanta.

Sharpton, noting reports Grier was having what he called a “mental health episode,” said the issue was not what she was thinking, but what police were thinking.

“She may have had an episode. What were they having that they had not secured who they arrested in the back of the cruiser,” he asked at the funeral service for Grier in Atlanta.

The Georgia Bureau of Investigation said deputies who put Grier in the back of a patrol car to take her to the Hancock County Sheriff’s Office failed to close the rear passenger-side door before driving off. Grier was not wearing a seatbelt and her hands were cuffed in front of her, according to GBI investigators. 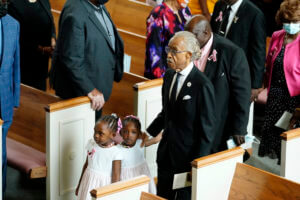 Rev. Al Sharpton at a funeral service for Brianna Grier with her twin three-year-old daughters Thursday, Aug. 11, 2022, in Atlanta. The 28-year-old Georgia woman died after she fell from a moving patrol car following her arrest. (AP Photo/John Bazemore)

Grier fell out of the moving patrol car and suffered a fatal brain injury that put her in a coma until she died, according to family attorney Ben Crump.

Crump also has represented the families of George Floyd and Breonna Taylor. Taylor’s mother attended the funeral service and briefly stood next to Crump in the pulpit.

“We’re going to make the world know that she matters,” Crump said of Grier.

Authorities had said Grier kicked the door and jumped out, her father, Marvin Grier, noted. He said the family seeks justice and accountability and wants to tell Grier’s twin daughters the “truth” about her death. The family planned to march to the state Capitol after the service.

“The night that this happened, we called the police for help,” he said. “For help, not death.”

Sharpton, who pledged $5,000 for the education of Grier’s daughters, used his address to urge Black people to continue the fight for racial justice, blasting members of the community who don’t vote and who engage in “self-aggrandizement” on social media.

Cases such as the fatal shooting of Taylor and the murder of George Floyd continue to occur because some members of the community have not kept up the struggle of the civil rights era, he said.

“We must be worthy of our ancestors that paid the price for us, that never was going to get any of what we did but they paid it anyhow,” he said.

But he also said law enforcement must be held to a higher standard. In Grier’s case, he said, officers were supposed to take her safely for medical treatment.

“If you couldn’t do the job, then you shouldn’t have signed up for the job,” he said. 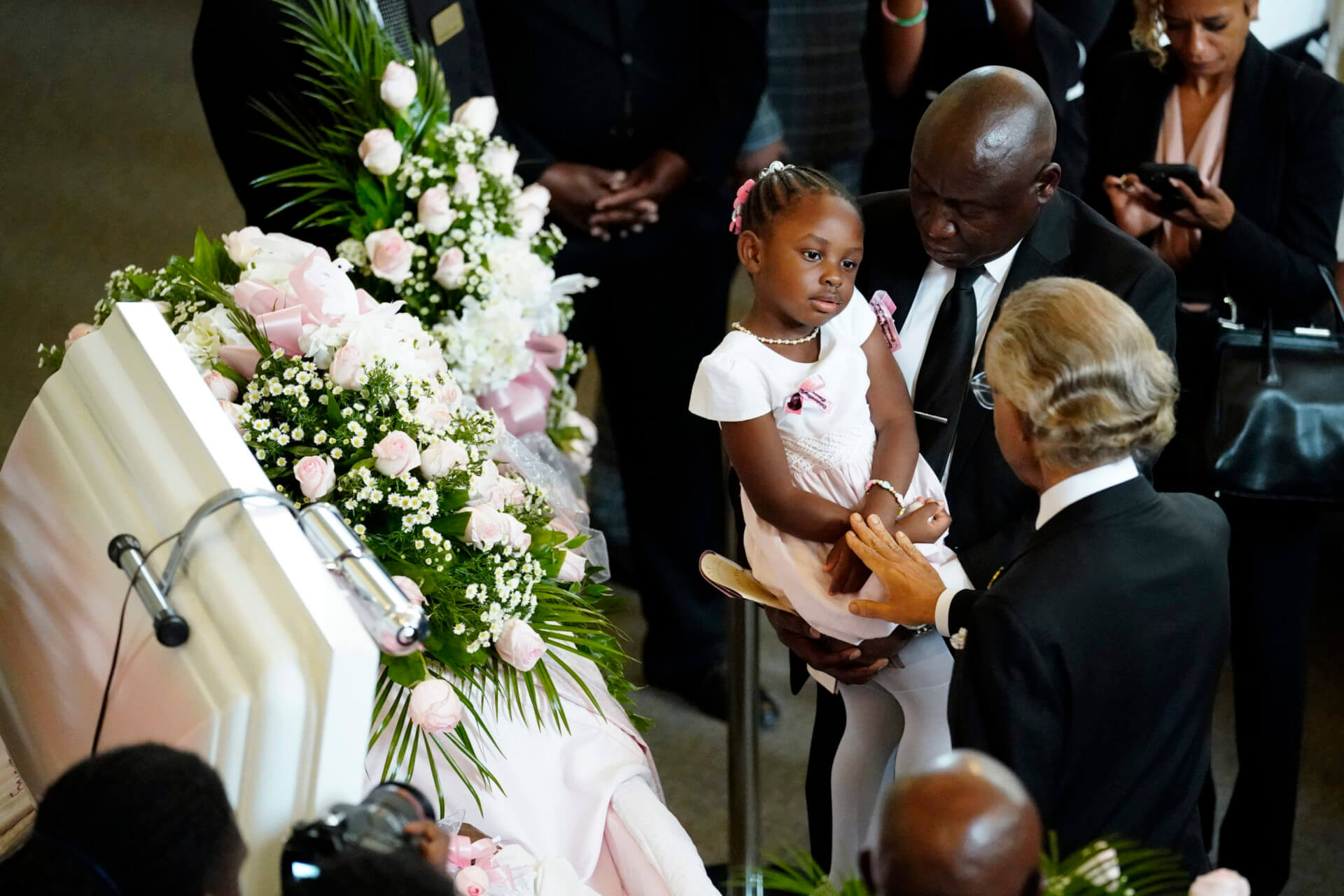