LOUISIANA, Mo. (AP) — The police chief in a small Missouri town has been charged with felony drug crimes after his girlfriend’s brother was found dead from an apparent overdose in the police chief’s apartment.

William Jones, 50, was charged Wednesday with second-degree drug trafficking, possession of a controlled substance and tampering with evidence. He was jailed on $150,000 cash-only bond. 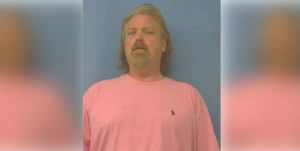 Jones is the police chief in Louisiana, Missouri, a town of 3,200 residents along the Mississippi River, about 90 miles (145 kilometers) north of St. Louis.

Jones’ girlfriend, Alexis Thone, 25, also was charged with second-degree drug trafficking and possession of a controlled substance. She was jailed on $100,000 cash-only bond.

Gabriel Thone was the brother of Alexis Thone. Their 21-year-old brother was at the home in respiratory distress, the sheriff said, but was revived with naloxone, a drug that reverses opioid overdoses.

A probable cause statement from Deputy Genia Calvin said investigators found what was suspected to be fentanyl. The Missouri State Highway Patrol will test the material.

The probable cause statement said Jones “attempted to destroy, suppress and conceal physical evidence” by throwing narcotics test kits in a dumpster before deputies arrived.

Jones was arrested Wednesday afternoon during a traffic stop.

It wasn’t immediately clear if Jones was still police chief. The mayor did not respond to phone and email messages on Thursday, and a woman answering the phone at City Hall declined to answer questions.