Lawyer Anatoly Kucherena was reported as saying that Snowden got the passport and took the oath on Thursday, about three months after Russian President Vladimir Putin granted him citizenship. 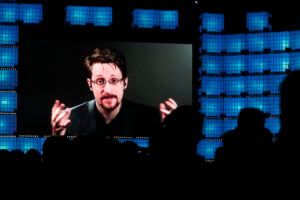 The reports did not specify whether Snowden has renounced his U.S. citizenship. The United States revoked his passport in 2013, leading to Snowden being stranded in a Moscow airport for weeks after arriving from Hong Kong, aiming to reach Ecuador.

Russia eventually granted him permanent residency. He married American Lindsay Mills in 2017 and the couple has two children.

In Washington, State Department spokesman Ned Price said Friday that the U.S. was aware of reports Snowden had finalized his Russian citizenship but could not confirm them, and referred questions about his status to the Russian government. However, Price said the Biden administration would not be surprised if the reports were correct.

“Mr. Snowden has long signaled his allegiance to Russia, this step would only formalize that,” Price told reporters.

Snowden leaked documents on the National Security Agency’s collection of data passing through the infrastructure of U.S. phone and internet companies. He also released details about the classified U.S. intelligence budget and the extent of American surveillance on foreign officials, including the leaders of U.S.-allied countries.

Snowden says he made the disclosures because he believed the U.S. intelligence community had gone too far and infringed on civil liberties.