CONCORD, N.H. (AP) — The trial for a commercial truck driver charged with causing the deaths in 2019 of seven members of a Marine motorcycle club will open Tuesday, more than three years after the crash in northern New Hampshire.

Jurors visited the crash scene Monday and traced Volodymyr Zhukovskyy’s route from an auto dealership in Gorham along U.S. Route 2 to the crash site in Randolph, about 10 miles away. Opening statements are expected Tuesday in the trial, which is being held in state superior court in Lancaster. 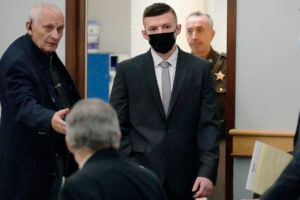 Volodymyr Zhukovskyy arrives for his pretrial hearing at the Coos County Superior Court, Tuesday, Nov. 9, 2021, in Lancaster, N.H. Zhukovskyy, of West Springfield, Mass., is scheduled to face trial on July 26, 2022, on multiple counts of negligent homicide, manslaughter, driving under the influence and reckless conduct stemming from the crash that killed seven motorcyclists that happened in Randolph on June 21, 2019. He pleaded not guilty. (AP Photo/Charles Krupa, Pool File)

The motorcyclists who died June 21, 2019, were from New Hampshire, Massachusetts and Rhode Island and ranged in age from 42 to 62. They were part of a larger group that had just left a motel along the highway and were headed to an American Legion Post in Gorham to set up for an annual meeting.

They were traveling east when they collided with the westbound truck, which was towing an empty flatbed trailer.

In addition to the deaths, several bikers were injured.

Zhukovskyy, 26, of West Springfield, Massachusetts, has pleaded not guilty to negligent homicide, manslaughter, driving under the influence and reckless conduct. He has been in jail since then. 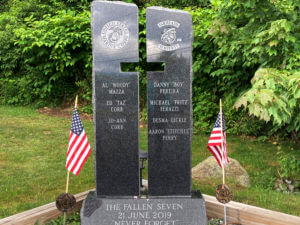 Victim names are listed on two stone pillars, part of a memorial to honor members of the Jarheads Motorcycle Club killed in a nearby crash, are visible July 13, 2022, on the roadside in Randolph, N.H. Volodymyr Zhukovskyy, of West Springfield, Mass., is scheduled to face trial on July 26, 2022, on multiple counts of negligent homicide, manslaughter, driving under the influence and reckless conduct stemming from the crash that killed seven motorcyclists that happened in Randolph on June 21, 2019. (AP Photo/Kathy McCormick)

Zhukovskyy himself told police that he had used both heroin and cocaine that morning, but that he was “fine and OK to drive” later that evening, authorities said.

His lawyers have argued an independent analysis showed one of the motorcyclists who died was drunk and was the one who hit the truck and caused the crash. Federal investigators found that some of the bikers and passengers were impaired by alcohol, but that it wasn’t the reason for the crash.

The National Transportation Safety Board approved a report in December 2020 that concluded that Zhukovskyy’s impairment from the drugs was the “probable cause” for him crossing the center line on the highway and sparking the fiery crash.

Prosecutors said Zhukovskyy should never have been on the road in the first place. His commercial driving license should have been revoked in Massachusetts because of a drunken driving arrest in Connecticut about two months earlier, they said. 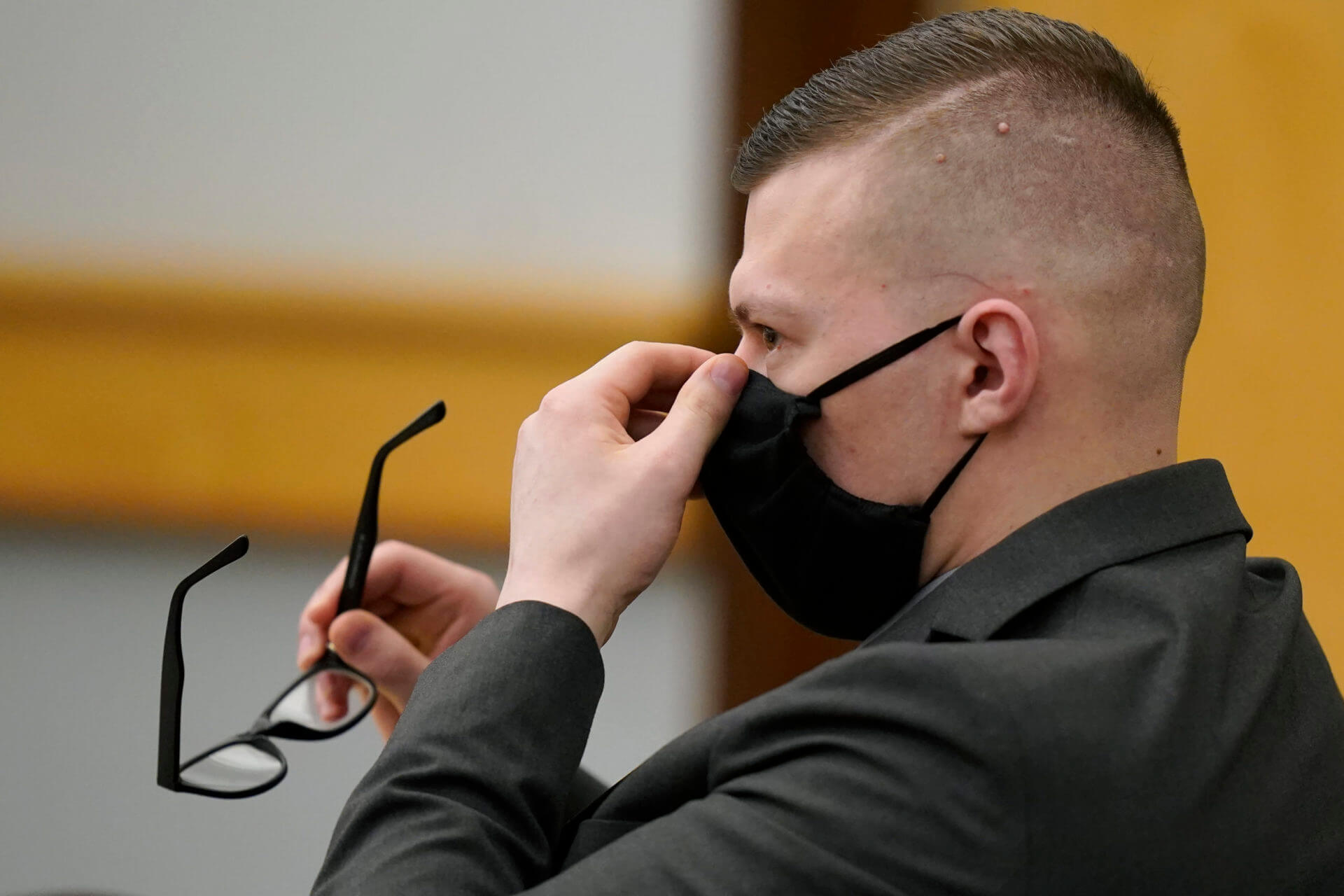 Volodymr Zhukovskyy, of West Springfield, Mass., charged with negligent homicide in the deaths of seven motorcycle club members in a 2019 crash, adjusts his mask at Coos County Superior Court in Lancaster, N.H., Monday, July 25, 2022, before a scheduled visit to the crash scene. Zhukovskyy has pleaded not guilty to multiple counts of negligent homicide, manslaughter, reckless conduct and driving under the influence in the June 21, 2019, crash. (AP Photo/Steven Senne, Pool)
MORE NEWS