The deaths of Melissa Ramirez, Claudine Anne Luera, Griselda Cantu and Janelle Ortiz all occurred in and around Laredo, Texas in September 2018. All four women worked in an area of San Bernardo Avenue known as “the prostitute blocks.”

The murders were believed to be the work of a serial killer, but police did not yet have a suspect. Ortiz — a father, husband and former U.S. Navy medical technician, who was employed as a border patrol agent — certainly was not on their list of suspects.

Ortiz, however, was a regular customer on San Bernardo Avenue. Police say he confessed to the murders.

Ortiz told police that on September 3, 2018, he picked up Ramirez, 29, and drove out of the city. When they stopped on the side of the road off Texas Highway 255 so she could use the restroom, he shot her multiple times in the head. A rancher found Ramirez’s body early the next day.

Ortiz also told police he picked up Claudine Anne Luera, 42, 10 days later. He said he drove to the same highway, pulled over on the side of the road and shot Luera in the head.

On September 14, 2018, Ortiz said he picked up Erika Pena, 26, the woman whose escape broke the case for investigators.

According to Pena, while at a gas station, she mentioned the death of her friend Ramirez, and he pulled out a gun and pointed it at her. Pena managed to jump out of Ortiz’s truck and get help from a trooper pumping gas.

By the time police arrived at Ortiz’s home, he was gone. A manhunt ensued. 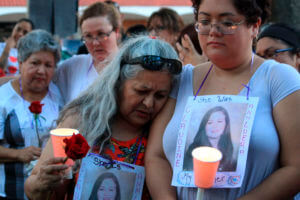 Dozens of family members and friends of four women who authorities say were killed by a U.S. Border Patrol agent gather for a candlelight vigil at a park in downtown Laredo, Texas, on Tuesday, Sept. 18, 2018. Juan David Ortiz was arrested Saturday while hiding in a hotel parking garage. Investigators believe he fatally shot the four victims during separate attacks after taking each of them to desolate areas outside of Laredo. Investigators say a fifth victim escaped and contacted authorities. (AP Photo/Susan Montoya Bryan)

While police were looking for Ortiz, he picked up Cantu, 35, drove to an overpass, ordered her to get out of the truck and shot her in the head.

He allegedly drove back to San Bernardo Avenue and picked up Janelle Ortiz, 28, then drove out of the city and shot her in the back of the head.

Ortiz returned to Laredo, where he was spotted by two officers at a gas station. One officer attempted to tase Ortiz, but he fled on foot, running to a nearby hotel. SWAT team personnel soon closed in Ortiz as he hid in the hotel’s parking garage.

Although he gave police a confession, Ortiz has pleaded not guilty.

According to court documents, PTSD and the medication Ortiz was taking for it are expected to be brought up during the trial in his defense. 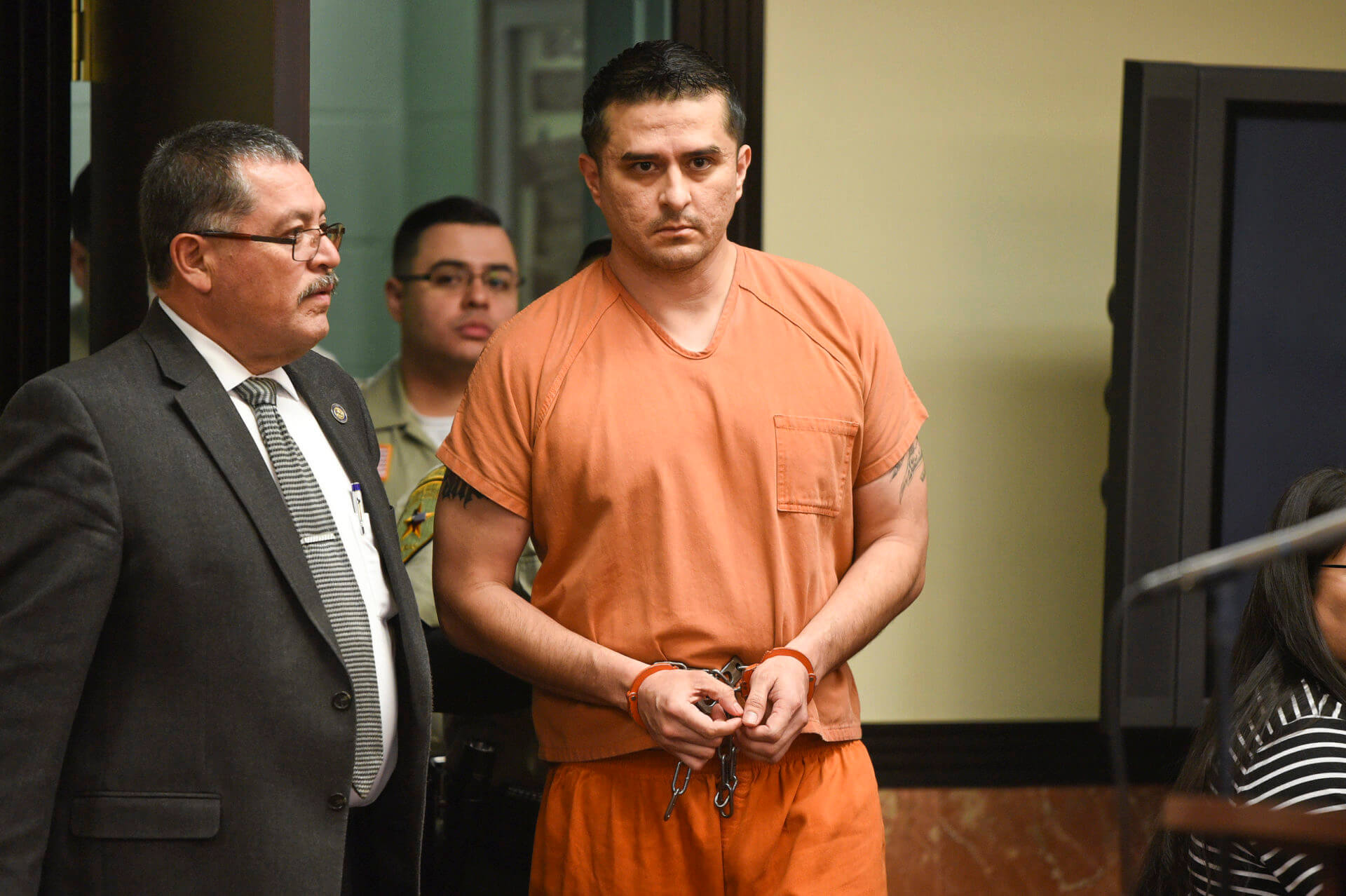 Juan David Ortiz appears at the 406 District Court for his arraignment on Thursday, Jan. 10, 2019, at the Webb County Justice Center in Laredo, Texas. Ortiz, a U.S. Border Patrol agent in Texas, has pleaded not guilty to capital murder and other charges in the Sept. 2018 killings of four women who prosecutors say were sex workers. (Danny Zaragoza/The Laredo Morning Times via AP)
MORE NEWS