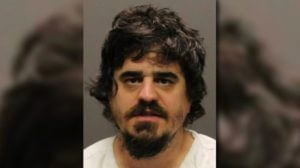 Dervish is facing seven charges, according to information from the Pima County Superior Court:

READ MORE: University of Arizona murder suspect has troubled past

The arraignment for Dervish has been set for Monday, Oct. 24.

This story was originally published Oct. 18, 2022 by KGUN in Tucson, an E.W. Scripps Company.