A plea hearing for Allison Fluke-Ekren is to take place in federal court in Alexandria, Virginia, according to a court notation. Her lawyer did not immediately return an email seeking comment. 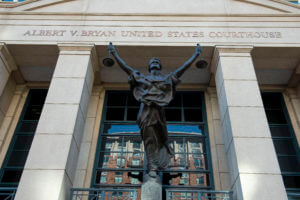 Fluke-Ekren, who once lived in Kansas, was brought to the U.S. in January to face a criminal charge of providing material support to a foreign terrorist organization. She moved to Egypt in 2008 and starting in late 2016, according to prosecutors, she led an all-female Islamic State unit in the Syrian city of Raqqa that was trained in the use of AK-47 rifles, grenades and suicide belts.

A detention memo filed by First Assistant U.S. Attorney Raj Parekh says she trained children how to use assault rifles and at least one witness saw one of her children — approximately 6 or 7 years old — holding a machine gun in the family’s home in Syria.

Prosecutors have also said Fluke-Ekren wanted to recruit operatives to attack a college campus in the U.S. and discussed a terrorist attack on a shopping mall. She told one witness that “she considered any attack that did not kill a large number of individuals to be a waste of resources,” according to an FBI affidavit.

A criminal complaint against Fluke-Ekren was filed under seal in 2019 but not made public until she was brought back to the U.S. to face charges.