LAS VEGAS (AP) — A Las Vegas man pleaded not guilty Thursday to killing his girlfriend’s 4-year-old son and hiding the body in a freezer, where police found it in February after the boy’s sister gave notes to her teacher saying that her mother was being held captive at the man’s home.

A prosecutor told a judge that a decision has yet to be made whether to seek the death penalty for Brandon Lee Toseland, the Las Vegas Review-Journal reported. 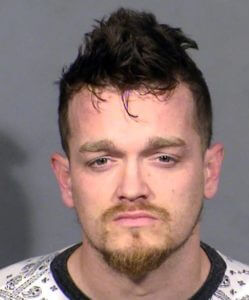 Toseland, 35, has been jailed since his arrest Feb. 22. He faces kidnapping, murder, child abuse and domestic battery by strangulation charges.

His attorney, Craig Mueller, was not immediately available for comment.

Police said the boy’s frozen body bore visible injuries of physical abuse. An indictment attributes his death to internal injuries, but the Clark County coroner’s office said Thursday that findings on a cause and manner of death are still pending.

The boy’s father died in January 2021. The mother told a grand jury that she and her two children moved into Toseland’s home two months later, that Toseland became possessive and controlling, and that she last saw the boy in December.

Authorities were alerted after the woman’s daughter gave the notes to her teacher. Police said they found Toseland in a vehicle with the boy’s mother, and handcuffs in the car.

A lawyer who represented the mother alleged that she was physically, sexually and emotionally abused by Toseland.

The Associated Press is not naming the mother or children to avoid identifying a victim who alleges sexual abuse.

The woman filed a wrongful death and negligence lawsuit against Toseland in March. He responded last week with a counterclaim alleging the mother was aware the boy died in December and said she would help Toseland “preserve” the body.

The woman is not facing criminal charges in the boy’s death. Her attorney in the lawsuit, Lisa Rasmussen, characterized Toseland’s claims on Thursday as “fantastical.”