NASHVILLE, Tenn. (WTVF) — Four years ago, Nicole Sherrell Jackson says she answered the worst call a mother could get.

On November 17, 2017, her son, 21-year-old Terry Sherrell, was shot and killed outside of his grandmother’s home.

Sherrell Jackson graduated from Hunters Lane High School. His mom says he was loved by all who knew him.

“He loved to go to school. He loved to play football, he didn’t cause me no problems,” his mother said.

His grandmother, Annie Burns, says even though time has passed, it hasn’t gotten any easier to talk about that day.

“I heard these shots in my yard. I mean they sounded as if they were on my porch and I fell to the floor and I crawled down the hall to my bedroom and I just start screaming and who should I call,” Burns said.

Burns said she never lost hope that her family would get some closure. 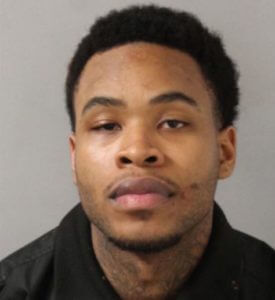 Victor Walls, 25, was arrested in Gallatin on drug and resisting charges on January 4. For years, he had evaded police in Nashville.

“They gave up in my mind. They gave up. He’s just another boy in gun violence,” she said.

Sherrell Jackson said every time she hears of another murder, her wound opens again. She said people in the community can help prevent the loss of innocent lives by speaking up.

“The gun violence is not going to stop. But we can help to decrease it. People don’t want to snitch. Mother’s don’t want to tell on their sons,” she said.

This story was originally published Jan. 27, 2022, by WTVF in Nashville, an E.W. Scripps Company.