HANOVER COUNTY, Va. (WTVR) — A suspect in a deadly shooting surrendered to deputies over a FaceTime call and was taken into custody on Interstate 95 Sunday morning.

The shooting happened around 8:15 a.m. at the Red Roof Inn on Warrenton Road in Stafford County, Virginia. 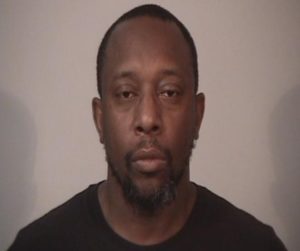 Deputies said they arrived to the scene and found a man who had been shot in the chest in the parking lot. The victim was transported to a hospital for treatment, where he later succumbed to his injuries.

The victim was later identified as 47-year-old Leo Franklin of Maryland.

The suspected shooter fled the scene in a Toyota Tacoma, still armed with a handgun.

The sheriff’s office said they were able to identify the suspect, and deputies spoke with him through FaceTime on his phone.

A member of the Crisis Negotiation Team attempted to arrange a peaceful surrender, but he refused to stop. The suspect indicated he would not be taken alive, according to deputies.

Other law enforcement agencies in Virginia and surrounding states were notified about the suspect being on the run.

Around 11:30 a.m., the suspect stopped on an exit ramp from I-95 in Hanover County. He was still on the FaceTime call and agreed to peacefully surrender.

Hanover County deputies and Virginia State Police took the man into custody without incident. A handgun was seized as evidence from the scene, according to the sheriff’s office.

The suspect was identified as 44-year-old George Pearson III. He is charged with second degree murder, use of a firearm in the commission of a felony and possession of a firearm by a convicted felon.

Pearson was transported back to Stafford County and incarcerated without bond at the Rappahannock Regional Jail.

This story was originally published June 21 by WTVR in Richmond, an E.W. Scripps Company.