On July 26, police were called to a Wendy’s restaurant located in Prescott Valley, Arizona for an injured person. 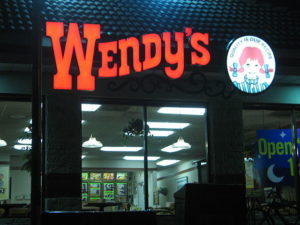 A customer had complained about his food order, which led employee Antoine Kendrick to come out from behind the counter and hit the 67-year-old customer in the head, according to the Prescott Valley Police Department.

The customer then fell to the floor, hit his head, and lost consciousness. He was later flown to a Phoenix-area hospital where he died on August 5.

Kendrick was arrested and initially charged with aggravated assault. Those charges were later upgraded to second-degree murder.

No other details have been released.

This story was originally published Aug. 16, 2022 by KNXV in Phoenix, an E.W. Scripps Company.