GREELEY, Colo. (KMGH) — A man from Windsor will spend the rest of his life in prison after he was convicted of shooting and killing his ex-girlfriend in early 2020. 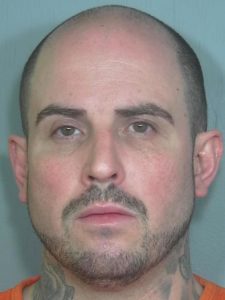 On Feb. 24, 2020, Morgan shot his ex-girlfriend, Brie Ann Biondolillo, 37, of Greeley, five times through her windshield while she was picking up their 3-month-old son at Morgan’s home. Their son was also in the car at the time. Morgan then shot Biondolillo a sixth time in the head after she fell out of the car, according to the Weld County District Attorney’s Office.

Shortly after 8 p.m., Windsor police arrived at the scene and found her body.

Biondolillo had died of her injuries.

Morgan turned himself into authorities the following day.

“I’m thankful to know that he can’t hurt my mom or any other woman ever again,” Biondolillo’s daughter said during the sentencing hearing.

This story was originally published August 2, 2022 by KMGH in Denver, an E.W. Scripps Company.