WAUKEGAN, Ill. (AP) — A Black woman who was shot by police last week in suburban Chicago said Tuesday that officers did nothing more than cover her boyfriend with a blanket after he was shot and left him on the ground to die. 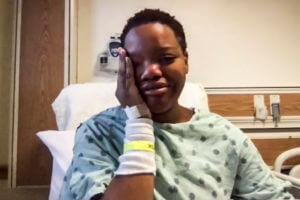 In this image taken from video, Tafara Williams speaking to reporters from her hospital bed during a Zoom meeting Tuesday, Oct. 27, 2020 in Libertyville, Ill. Williams who was injured in a police shooting in suburban Chicago says she begged officers to help her boyfriend, who was also shot and eventually died. Williams and Marcellis Stinnette, a Black man, were shot last week while in a car in Waukegan, north of Chicago. (Zoom/Chicago Sun-Times via AP)

Tafara Williams, 20, spoke to reporters during a Zoom call from her hospital bed as she described the Oct. 20 shooting in Waukegan that killed 19-year-old Marcellis Stinnette.

“They allowed him to die,” Williams said. “They wanted us to bleed out on the ground.”

In detailing what happened for the first time, Williams said she was simply sitting in her car in front of her home with Stinnette smoking a cigarette because she did not want to smoke near their young child. She said a white officer pulled up and started to question her, telling Stinnette, who was Black, that she knew him from when he was in jail.

She said after she and Stinnette both raised their hands to show the officer that they were unarmed, she pulled away slowly. She said the officer did not follow her but that a short time later it seemed to her that another officer was “waiting for us.”

“There was a crash and I lost control. The officer was shooting at us. The car ended up slamming into a building. I kept screaming, ‘I don’t have a gun.’ But they kept shooting. He told me to get out of the car. I had my hands up, and I couldn’t move because I had been shot.”

She said that she could hear Stinnette breathing and begged the police to take him to the hospital first because he had recently had surgery, but her pleas were ignored.

“They laid Marcellis on the ground and covered him with a blanket while he was still breathing,” she said. “I know he was still alive and they took that away from me.”

“He profiled these people because of the color of their skin. That was their crime,” he said.

Three days ago, Williams told protesters in a telephone call from her hospital bed that she would continue to fight for justice on Stinnette’s behalf. “He didn’t deserve it, and they waited for him to die,” she said Saturday on a call that a crowd of protesters heard after her mother put a megaphone to her cellphone. 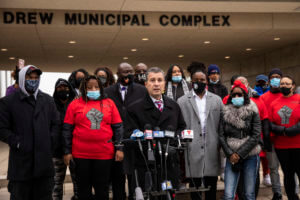 Family and supporters of Tafara Williams listen as attorney Antonio Romanucci speaks during a press conference outside city hall in Waukegan, Ill., Tuesday, Oct. 27, 2020. Williams, 20, was wounded and her boyfriend, 19-year-old Marcellis Stinnette, was killed when they were both shot by a Waukegan police officer on Oct. 20. Three days after the incident, Waukegan Police Chief Wayne Walles announced that he had fired the officer, saying he’d committed “multiple policies and procedure violations.” (Ashlee Rezin Garcia/Chicago Sun-Times via AP)

The press briefing organized by Crump and Romanucci, comes exactly one week after the shooting. Police have said the vehicle driven by Williams, with Stinnette in the passenger’s seat, fled a traffic stop conducted by a white officer. They said that a short time later, another officer, who is Hispanic, approached the vehicle, he opened fire out of fear for his own safety when the vehicle moved in reverse toward him. No weapon was found in the vehicle.

On Friday, the police department fired the officer who shot Williams and Stinnette. Waukegan Mayor Sam Cunningham said last week that dashcam and bodycam videos of the shooting would be made public after relatives of the shooting victims have watched it.

The video is particularly important because the version of events given by police appears to contradict the version that Williams’ mother, Clifftina Johnson, gave after she visited her daughter in the hospital. Johnson has said that her daughter told her that she and Stinnette did nothing to provoke the officer before he opened fire.

Cunningham has urged the community to remain calm and to “respect” the process. Protests since the incident have been peaceful, and Waukegan has avoided the kind of looting and violence that occurred in nearby Kenosha, Wisconsin, after a white police officer shot a Black man, Jacob Blake, in the back seven times in August. Blake survived, but his family has said that he is paralyzed from the waist down.

Romanucci said a lawsuit would be filed, despite a pledge of transparency from Cunningham.

“Without that we can’t make the permanent changes that we require in this country and in this community,” Romanucci said. “We want policy changes.” 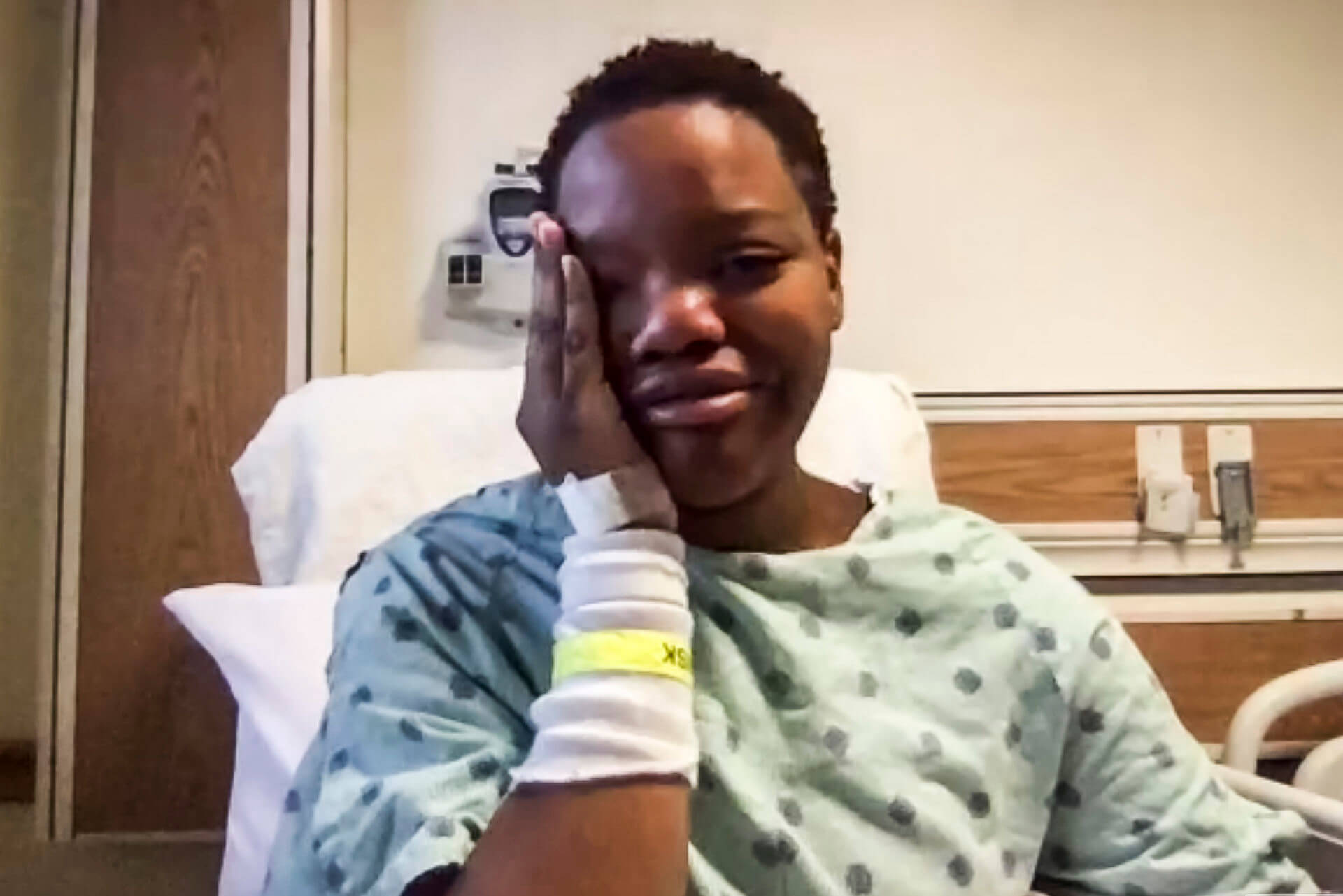 In this image taken from video, Tafara Williams speaking to reporters from her hospital bed during a Zoom meeting Tuesday, Oct. 27, 2020 in Libertyville, Ill. Williams who was injured in a police shooting in suburban Chicago says she begged officers to help her boyfriend, who was also shot and eventually died. Williams and Marcellis Stinnette, a Black man, were shot last week while in a car in Waukegan, north of Chicago. (Zoom/Chicago Sun-Times via AP)
MORE NEWS