NORMAN, Okla. (AP) — An Oklahoma woman convicted of enabling child abuse in the 2020 death of her 2-year-old son was sentenced Friday to just over a year in prison under the state’s failure-to-protect law.

Cleveland County Judge Michael Tupper sentenced Rebecca Hogue, 30, of Norman, to 16 months in prison, despite a jury’s recommendation that she receive a life sentence. 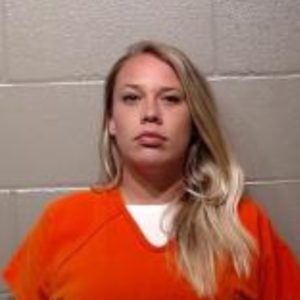 With time served, she will be released in 13 months.

Hogue was found guilty of first-degree murder through enabling child abuse after authorities said her former partner, Christopher Trent, killed Hogue’s son, Jeremiah Johnson. Trent was wanted on a murder warrant in the toddler’s death when he was found dead in January 2020 in the Wichita Mountain Wildlife refuge in southwest Oklahoma.

Cleveland County District Attorney Greg Mashburn then charged Hogue with first-degree murder and sought a life sentence. But in a pre-sentencing report, Oklahoma Department of Corrections investigators recommended that Hogue serve no prison time and instead spend time in an inpatient mental health treatment facility.

The judge on Friday told Hogue that she does not deserve to die in prison and is not a danger to society.