VIRGINIA BEACH, Va. (AP) — A Virginia woman who pleaded guilty to animal cruelty after more than 100 dead and sick animals were found in her home was sentenced to jail. 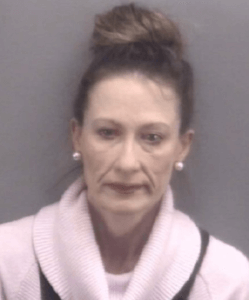 “If this was your first time getting in trouble like this then I might see it differently,” Circuit Court Judge Kevin Duffan said. “But this isn’t the first time. This is at least the third time you’ve been in this position.”

Animal Control officers executing the most recent search warrant at her house in 2019 had discovered dead animals during similar searches in the past, court records said.

In the most recent case, 23 cats had to be euthanized because they had a contagious virus. Dozens of other dead animals, including kittens, squirrels, possums, rabbits and a duck were found in her garage.

Most of the dead cats were stored with notes telling them how much they were loved, the newspaper reported. Defense attorney Bassel Khalaf said Hokaj-Ross was trying to give them a “fighting chance,” and prevent the city from taking and euthanizing them.

She told the judge Tuesday that a roommate had actually owned the cats but disappeared after the officers took the animals. The judge said he didn’t believe that statement.

Hokaj-Ross, 53, said during the sentencing that she takes responsibility for what happened, but is only guilty of caring too much. It’s been difficult to deal with the animal cruelty convictions, she said.

“It’s completely the opposite of who I am,” she added. “If anyone can accuse me of anything it’s that I have too big a heart.”

She is set to undergo mental health counseling and isn’t allowed to own animals for the next 10 years. She must also pay more than $6,000 in restitution to animal control.