A 10-year-old Houston girl whose family was brutally murdered before her eyes on June 30 was able to stay alive by playing dead in front of her would-be assailant. She even managed to FaceTime her grandmother for help during the ordeal.

The girl had been shot in the arm when the lone gunman entered her home, killing her parents and six-year-old sister. She was later rushed to a nearby hospital in critical condition. 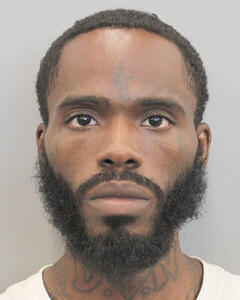 Manda Lagway, the girl’s grandmother, described the video call in which the fraught child told her, “Granny, my mom got shot. My dad got shot.”

The suspect, Xavier Dominique Davis, 28, is charged with three counts of capital murder in the deaths of Donyavia Lagway, 29, Gregory Carhee, 35, and Harmony Carhee, as well as aggravated assault with a deadly weapon.

Davis was ordered held without bond. If convicted, he faces a possible death sentence.

The 10-year-old girl told police that the suspect had knocked on the family’s door and was actually let into the apartment by her father. Davis fired his gun while robbing Carhee.

Davis has a lengthy rap sheet. Roughly an hour before the family massacre, he allegedly carjacked a man, stealing his Jeep.

Davis was also arrested as recently a July 1 on a separate charge of domestic violence. He was charged with aggravated aasault of a family member for allegedly pulling a gun on his girlfriend and threatening to shoot her on June 7. Back in 2014, Davis was convicted of felony aggravated robbery.