LOS ANGELES (AP) — Attorneys for Britney Spears and her father sparred Thursday over how he should share power with a financial company newly appointed as his partner in the conservatorship that controls her money.

Los Angeles Superior Court Judge Brenda Penny overruled an objection of Jamie Spears’ attorney, Vivian Lee Thoreen, who argued that he should not yield previously granted rights and powers while working with his new co-conservator, The Bessemer Trust. 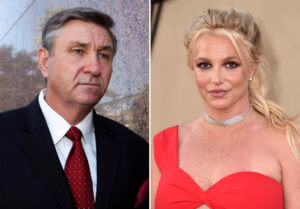 Thoreen had argued that the proposed order Britney Spears’ court-appointed attorney Samuel Ingham III drafted to appoint the new co-conservator was “unclear and ambiguous by design” as he seeks to take authority away from Jamie Spears. Others of her objections to the order were sustained.

In a statement to The Associated Press after the hearing, Thoreen said “the rulings show the court’s confidence in our client Jamie Spears and Bessemer Trust to manage the conservatorship of Ms. Spears estate together,” and said Jamie Spears “looks forward to working with Bessemer … in the best interests of his daughter.”

While the judge’s decision can be seen as a minor victory for Britney Spears and Ingham, appointed by the court to speak directly for her in the conservatorship’s decisions, Ingham repeated that her goal is to have her father out entirely.

“It is no secret that my client does not want her father as co-conservator,” Ingham said. “But we recognize that removal is a separate issue.”

The judge declined Ingham’s request to suspend Jamie Spears as conservator at a dramatic and contentious hearing in November, at which Ingham said that Britney Spears feared her father and refused to resume her career so long as he had power over it. Thoreen said the statements were inadmissible hearsay that did not reflect the reality of the situation.

Penny instead appointed the Bessemer Trust as a co-conservator, leading to the current fight over power-sharing.

Thursday’s hearing was more technical and less emotional than November’s hearing. The hearing came in the wake of the release of the FX and Hulu documentary “The New York Times Presents: Framing Britney.” The documentary has few new revelations. But its historical look at the circumstances that led to the establishment of the conservatorship in 2008 have spurred sympathy for Britney Spears and brought greater attention to the case and the so-called #FreeBritney movement of fans who want to see her released and given control of her life.

Those fans increasingly include celebrities. Many including Bette Midler tweeted the #FreeBritney hashtag after the documentary aired. Miley Cyrus shouted “We love Britney!” during her pre-Super Bowl performance Sunday. 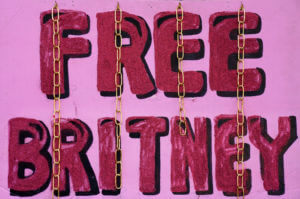 Pitbull, at a Hollywood news conference Thursday, said, “as far as what’s going on with Britney, that’s been going on for many, many, many years. Hopefully, they can break this cycle. And hopefully she gets a chance to control her own destiny.”

The #FreeBritney protesters, some of whom were interviewed in the documentary, were chanting and holding signs at the downtown LA courthouse Thursday.

Thoreen defended the work of the conservatorship.

“From the beginning, the court has closely monitored Britney’s situation,” her statement to the AP said, “including annual accountings and in-depth reviews from a highly experienced and dedicated court investigator.”

At Thursday’s hearing, Thoreen emphasized that Britney Spears asked for and approved of her father’s role as recently as 2019.

“Ms. Spears reflected in court papers that she wanted her father to be the sole conservator of her estate,” Thoreen said.

Jamie Spears has repeatedly emphasized the need for the conservatorship in order to protect his daughter from those who would, or already have, preyed on her.

“My client Jamie Spears has diligently and professionally carried out his duties as one of Britney’s conservators,” Thoreen’s statement said, “and his love for his daughter and dedication to protecting her is clearly apparent to the court.”

Britney Spears did not take part in part in the hearing. She rarely appears in court.

Now 39 and the mother of two sons, she has not performed, recorded music or made media appearances since declaring a career hiatus early in 2019.

On her Twitter and Instagram accounts Tuesday, she shared a video of a performance from three years earlier with the caption, “I’ll always love being on stage …. But I am taking the time to learn and be a normal person ….. I love simply enjoying the basics of every day life !!!!”